By Will Urquhart & Josh Brick

The Clarendon Courthouse Civic Association met last Thursday to discuss, among other things, proposed changes to the Market Common Clarendon where IOTA Club & Cafe is located. The small bar and concert venue has become a cultural hub, attracting great acts and hosting the Gordon Sterling Presents: IOTA Jam every Tuesday.

As first reported by ARLnow.com, “Regency Centers  filed a preliminary site plan to rezone and redevelop a group of buildings along the 2800 blocks of Clarendon and Wilson Blvds.” The plan would include partial demolition of the building where IOTA is currently located.

That has residents and patrons worried about the future of a beloved venue and overflowing a Civic Association meeting to urge developers to preserve a place to be weird. It is a community afraid, clutching to the fading remnants of culture and unique creativity that far too often lose battles to cookie-cutter chain retailers in the interest of development. “Arlington is not plentiful with music venues. I was trying to make a little list here, and most of these places are closed.” Remarked one attendee. “I don’t want to see the best opportunity, or outlet for a performer, to become a Pot Belly.” 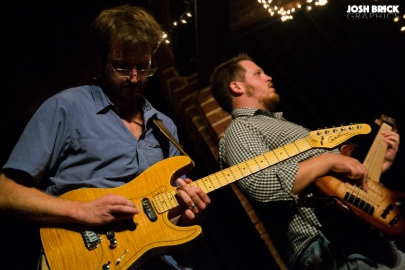 In that fear and frustration is a hope that this time they can win one. A hope that if they can reach across a cultural divide between developers and patrons, that maybe this time they can convince investors in suits of the value of preserving the weird. And maybe that is true. To his credit, Devin Corini, the Vice President of Investments at Regency Centers, expressed an appreciation for IOTA and what makes it special. Whether that was genuine or merely an attempt to assuage the crowd remains to be seen. He declared that he goes to IOTA, but followed that up by pointing to an audience member and stating, incorrectly, “You work there, right?” It was one of several moments marked by awkward laughter.

Eric Davidson, Regency Center’s Communications Manager, in response to the campaign by fans to save the venue, told ARLnow that, “Keeping IOTA has always been part of our plans.” However, it remains unclear how that would fit in with the proposed demolition and representatives were hesitant to provide clarity at the meeting.

Would IOTA as it exists today remain intact? The clear implication is no. They hinted at ceilings being raised, loading areas expanded, and other changes that could impact IOTA, but stopped short of providing concrete details. Three different times, audience members asked if these developers had experience or examples of situations where music venues did well and improved as retail space was added above them. And three different times the question was dodged, with vague expressions of excitement at the opportunity to manage an area with a concert venue. 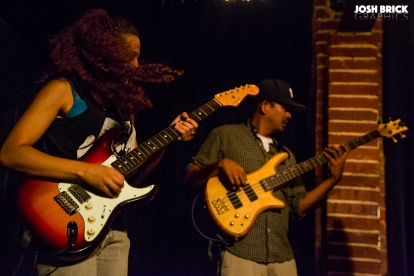 Harry Blackwood and Melissa Mannon, the two individuals coordinating the Save IOTA campaign told us before the meeting that;

‘Save IOTA’ started for one simple reason: we love IOTA. When we started, we honestly weren’t sure whether anyone else would be with us; we never imagined we would reach over 350 people at all let alone in a single week. The outpouring of support and the engagement we’ve seen for  ‘Save IOTA’ is a testament to how much people love and value IOTA in this community. We hope that Regency Centers recognizes the uniqueness and value that IOTA brings to Clarendon and modifies their redevelopment plans to spare the building.” 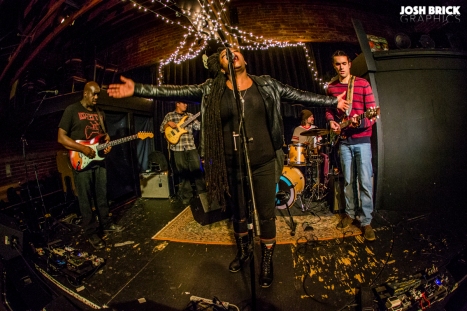 IOTA co-owner, Jane Negrey Inge is remaining calm and said, “I don’t think 2832 Wilson will come crashing down on our heads any time real soon.” But supporters were hoping for more detailed answers from Regency Centers as they move their proposal forward. A Site Plan Review Committee will review the proposal and ultimately it will have to be presented to both the Arlington Planning Commission and the County Board.

The campaign to save IOTA is collecting petition signatures online through Change.org. They are also encouraging supporters to attend a community meeting on March 29th at 2801 Clarendon Blvd from 6-9pm.