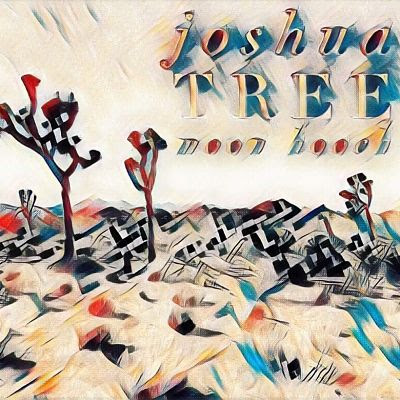 Moon Hooch has released a new surprise EP, The Joshua Tree (free download here). The collection is being offered as a free download to thank fans for what was the band’s most successful year yet. It was recorded at the tail end of a 2016 world tour during which the band performed sold out shows throughout Europe and the United States in support of their June 2016 full-length album release, Red Sky. The EP features eight tracks that were written and recorded live in the studio, including hard-driving, dance party rave-ups like “Jiggle” and “Sandstorm,” that have come to define Moon Hooch’s sound, as well as their most introspective piece yet, “Ballads” and the full-on auditory freak out, “Improv.”

“We rented a house and set up a little studio in the Mojave desert just outside of Joshua Tree National Park,” explains Wenzl McGowen. “We got together in the same room with our instruments and said, ‘Let’s just hit it’ and started playing whatever came to our minds. Somehow this process created eight songs. Don’t ask us where they came from, but we certainly enjoyed bringing them to this planet.” 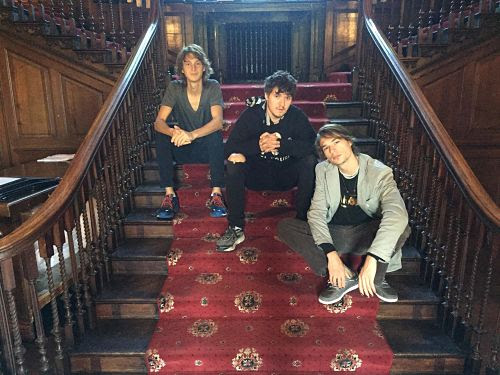 “Joshua Tree National Park was an incredibly inspiring atmosphere which helped to open up our minds and ears. Every day we would hike the dead sandstone mountains and take in the dry desert air, allowing for a new type of musical expression we’ve never experienced before,” continues Mike Wilbur. “After a few days of struggling to compose things individually we decided to get together and create spontaneously. Images of desert animals and Joshua Trees flashed before my eyes while new sounds emerged from our instruments.”

Moon Hooch performs a string of dates at the end of December, including a one off in the Caribbean and a New Year’s Eve show in Portland, Maine. They’ll get back on the road in February with a ten show run through the Mid-Atlantic and Northeast before jumping to the West Coast for a run of dates highlighted by a set at The Fillmore in San Francisco. They’ll then return to the East Coast for more shows in the southern U.S. in March.