San Diego has quickly emerged as one of the fastest growing and best cities for house music, techno, and electronica in the entire country. With many thriving venues to add to this mix and support for these genres in SD; its no wonder why the scene here is only getting started. A huge reason for this is because of FNGRS CRSSD the promotional company that helps put on this festive twice a year and so many other events across the city and LA year-round. Before moving to SD, and being a huge fan of house music, I had heard of CRSSD Festival for the last few years since it’s inaugural event back in the spring of 2015. Now in it’s 10th festival, the biannual (spring/fall) CRSSD is back to take over San Diego’s Waterfront Park in downtown for two days of music in a little under two weeks!

This diverse and international flavor lineup features some of the best in electronic music, live bands, and some of the top emerging and established veterans on the scene today.

Topping the lineup are Portland, OR via Alaska Grammy winning rockers, Portugal the Man., English synth pop group, Hot Chip, Canadian producer KAYTRANADA, a very special Redux set from one of the greatest American DJ’s Kaskade; one I am especially excited for and cannot wait to hear what different styles and songs he plays from his career. Also rounding out the Ocean View stage are French group Polo & Pan, Friendly Fires, SG Lewis, Masego, and arguably the best name of the festival: Ross From Friends. Personal favorites of mine to not miss as well are S U R V I V E, who are better known for composing the score for Stranger Things, and Crooked Colours.

Each of the three stages at CRSSD bolsters a huge amount of diversity and talent amongst the Ocean View, Palms and City Steps stages, and The Palms is no different; with an aesthetically cool setup and design overlooking Waterfront Park. Australian global electronic producer and surfer FISHER tops the list for this stage and one of the most anticipated sets of the weekend. Lots of very cool b2b combinations on this stage as well; including Derrick Carter and Mark Farina. I have seen this before and it is one of the best b2b’s I have ever seen. Mark Farina is my favorite DJ, and him and Carter are two of the pioneers of the Chicago house scene and have been doing this for over two decades each. Another is the popular French DJ Shiba San who shares the stage with the duo of Walker & Royce as part of their first few shows of tour. Also on this stage are Yaeji, MK, Eli & Fur, Tiger & Woods, Yung Bae, and many more. 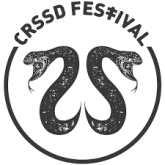 Lastly on the City Steps stage is Canadian/Detroit house scene legend Richie Hawtin, Amelie Lens, Objekt, Artbat, Michael Bibi, Rebuke and so many other great artists residing along the city steps and views of San Diego. Each stage CRSSD presents has talent from top to bottom with all of the international flair you would want to see at any festival, and a big reason why CRSSD is quickly one of the top festivals of its kind in the world.

This festival has so much to offer music wise for any lover of electronica, but also some of the most scenic and breathtaking views (and sunsets) you could ask for a city festival. San Diego is a beautiful place for this festival (and myself) to call home, and this is something that has been on the radar of festival goers for awhile now. This eclectic event will be one for the books, and very glad it happens twice a year.

So we hope you will join us at this year’s CRSSD Festival on September 28th and 29th at San Diego’s Waterfront Park. This festival has been sold out for a few weeks now, so will be even better! This will be the perfect party to kick off the fall here in sunny California!