It’s 4/20, a day that to Asheville holds more significance than Christmas, Thanksgiving, and whatever day that asshole Donald Trump finally gets kicked out of office put together, and I am at my home-away-from-home, Asheville Music Hall. As usual their lineup is on point, with Ghost Light upstairs, Kaizen (a Jeff Sipe project) opening, and The Snozzberries playing their great, 4/20 extravaganja downstairs.

Normally I would float back and forth between the two, but this is a show I have been looking forward to for months. Tonight we get both of the hats on one stage with a full band and, for a fan of conversational improvisation like myself, this is pretty much what wet dreams are made of.

They take the stage at ten sharp, but set the tone by fucking with us pretty much from the get go. There is a solid four to five minutes of tuning, of stage banter, of setting up and you can feel the tension rising steadily in the room. This is a major holiday, and looking around it appears that the patrons are treating it that way. Perma-grins hang from the faces of most of those around me and I can hear the man beside me grinding his teeth in between obsessively sniffling and wiping his nose. We as a crowd are not in good shape for waiting, but Hamilton, ever the master of building suspense, continues to take his time.

Finally, after what seems like decades to our shifting consciousness they start to play. They come in with a slow jam, everyone in the audience is trying to guess where they are headed, but no one really has a clue. If every person in this room had made a guess as to the first song I doubt anyone would have come up with the 80’s sounding, Come Apart that they opened with.

But that is where they take it, shattering expectations from the gun and letting us know that whatever we are going to be getting tonight, it will not be another version of a Grateful Dead cover band. After a burning jam they head into Streets of Brooklyn, an American Babies song that leaves the 80’s themed jam and moves to some type of mid-90’s feel.

I’m beginning to wonder if they are going to just take us sonically on a decade by decade trip. By the time the song is winding down we are twenty minutes in and they have built, thoroughly deconstructed, and rebuilt two songs. They head into another jam, dropping a heavy Scarlet Begonias tease followed by just a few notes of Midnight in Harlem before heading into Tangled Up in Blue.

This version however, it’s not Dylan’s anymore. It’s poppy, happy… no longer a song about life-long heartache their version sounds like a recollection of something they will never forget, but can’t help to smile about. Recently single I can’t help but grin, like a cloth soaked in clove oil on a bad tooth they have drawn out every bit of bitterness from this song and replaced it with sweet medicine for the soul.

I’m still wearing a pendant that my ex gave me and, when their tour manager mentions she likes it, I decide it’s time to move on. We make a trade, one sadly-nostalgic pendant for one signed tour poster. The band is new, the sounds are new, and building on all of the new beginnings they are creating, I decide to make one for myself.

Deal done, I head back to the front as Tangled Up in Blue continues to play. They must be pushing twenty minutes now but the consistent changes are keeping it fresh and fun. I sneak my way all the way up to the front row, about three feet away from Tom Hamilton just in time for possibly the most amazing musical conversation I have ever heard.

They are deep in the bridge at this point and Holly Bowling and Hamilton are on point. She takes a solo, he mimics and responds and so it continues for what must be seven or eight minutes. Bowling is fascinating on the keys, and the work Hamilton is doing on the guitar is unlike anything I have ever seen. After taking a page from Jon Stickley’s book, and playing an entire paragraph on harmonics below the fret board, he starts getting really weird. No longer strumming or picking he is using his left hand to create chords and his right hand to literally play the seven switches and four knobs on his guitar.

Obviously a custom piece he is getting sounds I have never heard come from a guit-fiddle before. His right foot is alternating between his Cry-Baby and the rest of his formidable pedal train. His smile is lighting up the room. The song gets further and further away from it’s structure, evolving into something else entirely before dropping back into the chorus one more time as the breathless audience exhales and hugs those around them.

It’s right here, right now, when I realize just how special what we are witnessing is. If Ghost Light plays another twenty years it will still be far too short of a project. Furthermore, if this is what they sound like on tour one, I can’t even imagine the level of face-melting, brain-blasting music I will be hearing from them come 2038.

They head back into Come Apart again (the song they opened with) before finally closing out the seventy-five minute set. I look at my watch and I can’t even believe it. For one, it felt way shorter than it was, but even more impressively, over the course of the entire set they have not stopped playing their instruments for even four beats.

At set-break I chain-smoke and talk to other patrons about the new gold standard this band is clearly setting. Then they are right back on stage, opening the second set of uninterrupted music with a Diamond Eyes>Jack Straw that makes 77GD versions taste like root beer. This is the stuff here, the distillation of what jam bands have been working towards for fifty years, the white lightning of the scene.

They flow back into Diamond Eyes before Bring It In Close, Steve Lions bass perfectly punctuating every sentence Hamilton and Bowling speak. As they close out the set and head into the encore (Keep on Growing) I can’t help but feel a little giddy about what this band has in store for us going forward. 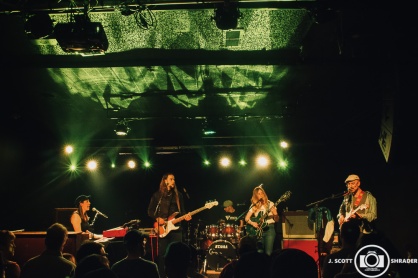 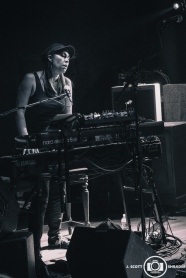 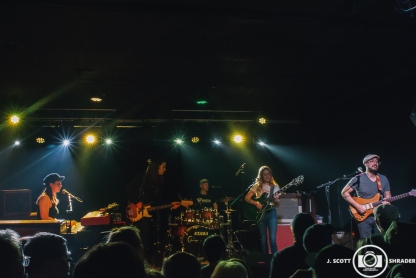 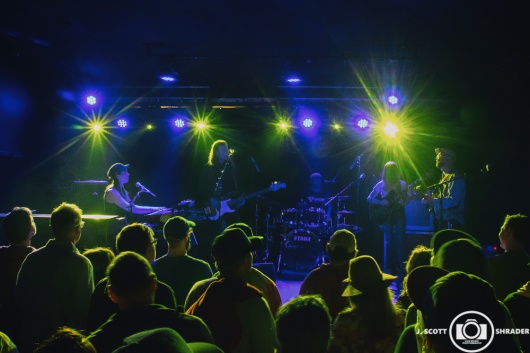 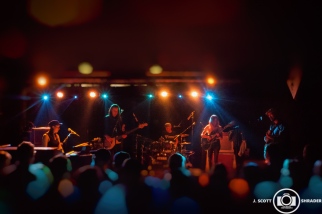 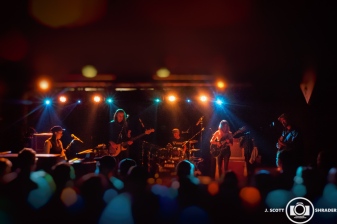 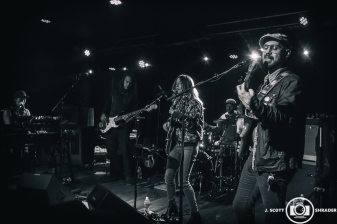 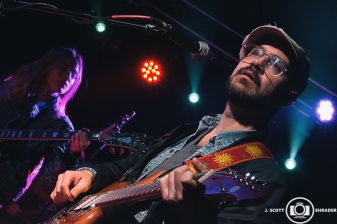 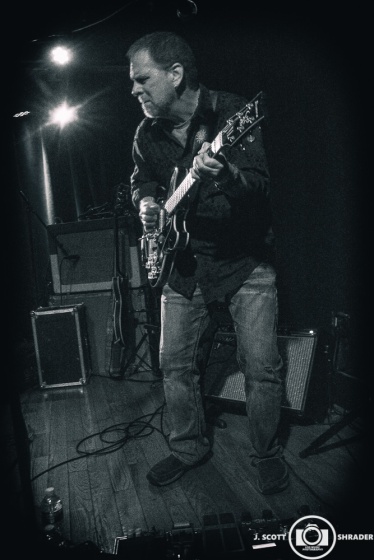 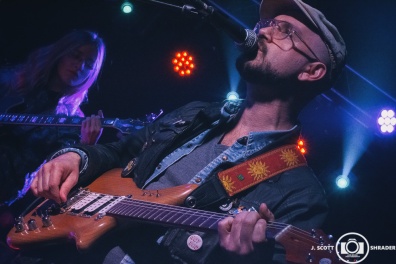 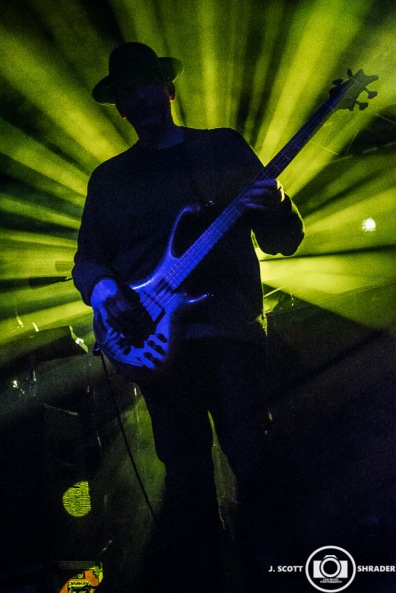 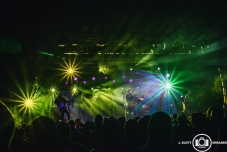 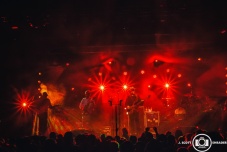 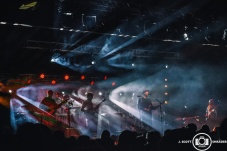 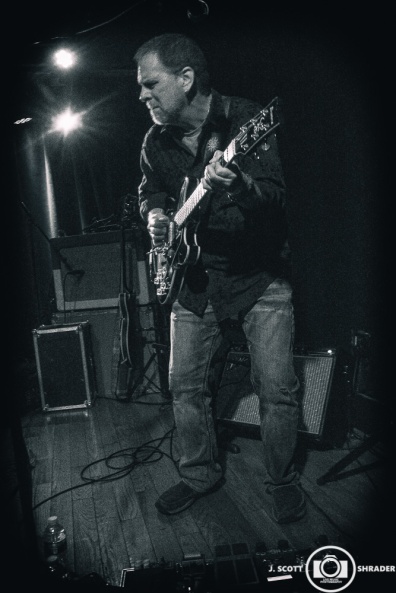 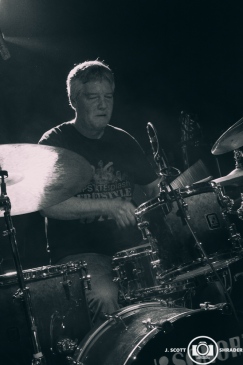 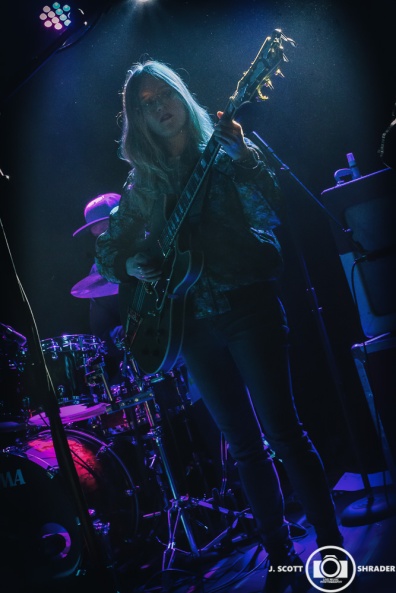 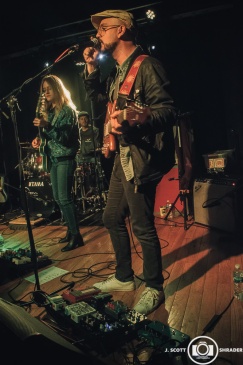 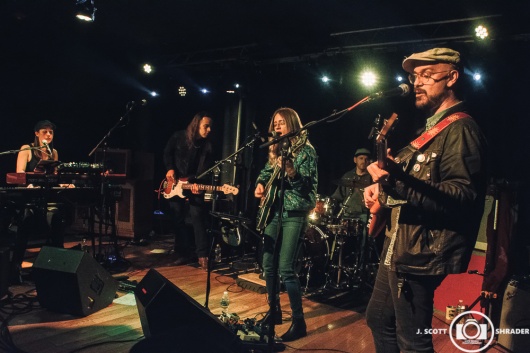 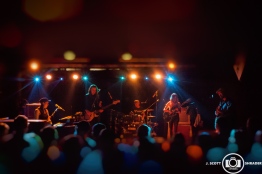 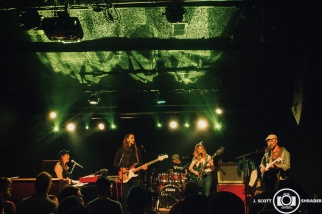