Photos and Review by Max Stewart

Daryl Hall & John Oates and Tears for Fears have dissimilarly unique signature sounds, but there is no doubt they are cut from the same cloth (they dominated the airwaves in the same era of Eighties glam). Hall & Oates rose to prominence in the late 70’s with their Philadelphia-soul inspired Pop Rock which led to an enviable career of hit after hit. Tears for Fears had major success on the heels of their record Songs from the Big Chair while spawning consistently strong studio material thanks to members Roland Orzabal and Curt Smith. 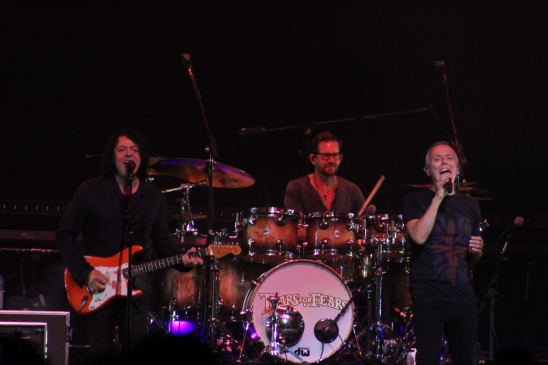 Tears for Fears rarely tours so when the band had the opening slot at the Verizon Center in Washington D.C., there were hundreds of fans in their dusted off Eighties band tees that gleefully savored every minute. Not to say the band has a cult following, but I was surprised by the amount of audience members that knew even the more obscure songs performed like “Advice for the Young at Heart.” A Tears for Fears live show is a perfect wave of nostalgia and musical bliss thanks to the songs “Shout,” “Everybody Wants to Rule the World,” “Break It Down Again,” “Mad World,” and a tune that should be in the musical Smithsonian of 80’s gold standards, “Head Over Heels.” Orzabal’s vocal rendition of Radiohead’s “Creep” was also a chillingly powerful interpretation of the song.

The AM kings of sing along soul, Daryl Hall & John Oates, seem to have perfectly found the balance of a recognizable live rendition of a song that has improvisational room to breathe with “Say It Isn’t So” and Saxophonist Charles DeChant’s parts of “I Can’t Go For That.”

“This song got us out of Philadelphia and all the way to D.C.!” Hall exclaimed before the tried-and-true breakup anthem, “She’s Gone.”

The band brought all of the infectious hits including “You Make My Dreams,” “Rich Girl,” and the most Eighties-sounding of their catalog, “Out of Touch.” They also covered the classic “You’ve Lost That Loving Feeling” and even some deeper cuts like “Is It A Star.” Overall, this duo has nailed the formula for an evening of uptempo celebration. 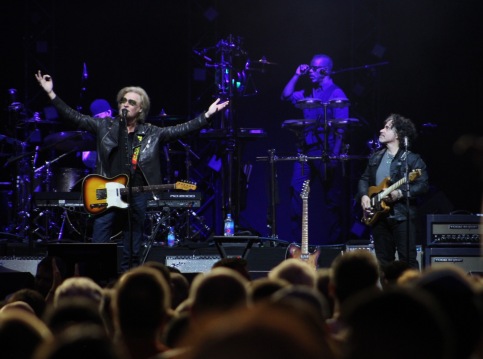 Remember when the world of Pop Rock radio was actually good? Tears for Fears and Hall & Oates pay homage to that time in music with a night of danceable and satisfying melodic hits.  Their remaining tour dates have been rescheduled for September so make sure to catch them live next month! 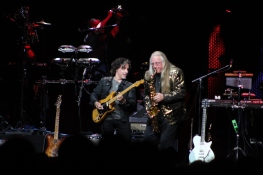 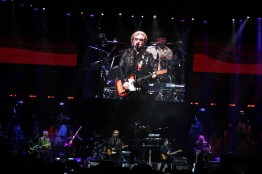 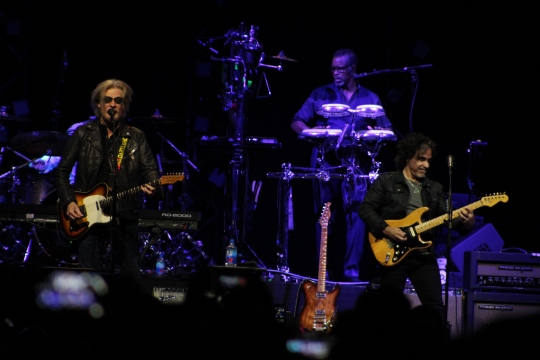