A lot of the time, it is damn near impossible to use one term to define a band’s breadth of musical styles and influences, although fans generally like the comfort of hanging their hats on a concrete genre specification. ‘I’m going to see this rad Bluegrass band’, ‘Those guys are a killer Metal band!’, ‘How bout those Jazz cats, man!’.

So, what could you possibly say when going to see the cult-like, genre-defying monsters, Ween? This band darts viciously across every corner of the musical map, it would be impossible (and frankly, improper) to catalogue the Experimental / Noise Pop / Lo-Fi / Country / 70s Soft Rock / Psychedelic / Everything Under the Sun world of Ween into one clean category.  Gene Ween (a.k.a. Aaron Freeman) and Dean Ween (a.k.a. Micky Melchiondo) formed the band in high school in 1984 and have been keeping the ‘Brown’ music churning out sporadically on the road since their 2015 reunion with the help of long-time bandmates Dave Dreiwitz (Bass), Claude Coleman Jr. (Drums), and Glenn McClelland (Keyboards).

The weather and ambiance could not have been better on the May Sunday evening at Baltimore’s amphitheatre, Pier Six Pavilion. Given that the venue is located on Baltimore’s inner harbor, it only seemed fitting that the band would set sail on the night’s sonic adventure with two tunes from the aquatic-themed 1997 album, The Mollusk: a rousing rendition of the Celtic, seafaring, “She Wanted to Leave” and the clunky yet anthemic, “Buckingham Green”. It became a full-scale Ziggy Stardust dance party during a high-powered cover of “Let’s Dance”, which Dean Ween dedicated to the late legend, David Bowie.

‘Deaner’ also proved why he is the exuberant, childlike Rock ‘N’ Roll presence in the band with tasty guitar solos on “Voodoo Lady” as well as disheveled lead vocals on “With My Own Bare Hands”. You woulda thought we were watching some Easy Listening Yacht Rock while sipping Mojitos and Daiquiris during the vivid “Your Party” and R&B-esque “Freedom of ‘76”… but not for long.

Steely Dan met The Clash for Shinola (Vol. 1)’s “Gabrielle”, which transitioned into “Boys Club”, a classic tongue-in-cheek Ween Experimental Pop tune complete with Dreiwitz, Dean and Gene taking on varying percussion duties (“Tell your woman, tell your man / Go somewhere, they’ve got to understand / It’s boys club”). “The Grobe” and its angsty main guitar riff in tandem with Gene’s signature muffled vocal effect had every bit of the distorted energy you would hope for live. “Here’s a light one,” Gene proclaimed as the band rode into the sunset for the Country-Western ballad, “Japanese Cowboy”… before making a hard turn South for the fuzzy, punk fury of “Puerto Rican Power”.

“This is a song we like to play in Baltimore”, Dean confessed during, “Frank”, a perfect example of the avant-garde, twisted space in which some Ween songs exist: “Frank, give me a pork roll egg and cheese, if you please, with some gravy fries”. The song featured Dean & Gene with some sludgy, rawkin’ duel guitar riffage in what was an oddball rock highlight of the night.

“The mollusk, it lingers,” the crowd muttered during the progressing section at the end of “The Mollusk”, which catapulted into a high-flying apex thanks to McCelland’s synthy keyboard touches (“with its wandering eye!”). Oftentimes, when a band has as much talent as Ween does and each member has proven he or she has the improvisational chops live, the band will get lumped into the “Jam Band” category. Ween is certainly not comfortable in that role (Gene: “All that jam band shit makes me want to puke”; Dean on LOCKN’ 2016 and Phish: “I wanted to blow their fucking asses off the stage”). From someone who witnessed their extremely obscure but extremely gratifying LOCKN’ Thursday night set, don’t expect Ween to embrace their inner flower-child anytime soon. Ween exist on an island, with countless bands captaining their ships offshore while trying to catch a glimpse of the Boognish magic.

“This is a blast, I like this place… This is a party jam,” announced Dean as the band tapped into some island-vibes during “Bananas and Blow”, followed by an acoustic-anchored slower pace on the Indie-Folkish “Tried & True” and Alterna-Pop “Joppa Road”.

When Gene picked up the mandolin, Dean couldn’t help but drop a Spinal Tap reference: “You know what it means when the little guitar comes out… Stonehenge”. After a minor flub in the first verse to “Ocean Man”, Gene jokingly threw his hands in the air to indicate the show was over: “OK, we’re Ween. See ya!” Moments like this make Ween one of the coolest bands that exist. No inflated egos and daggered side glances after that tiny mess-up, just some guys collectively laughing it off while fully aware that they have the luxury each night to choose a unique, varied set from their vast songbook. And, hey, if there’s a mistake, deal with it. It’s all part of the wild Ween experience.

Points of bizarre observation (“Mutilated Lips”), full-on grooving (“Transdermal Celebration”), psychedelic lift-off (“Zoloft”), and hillbilly Hard Rock (“Johnny On the Spot”) defined the final section of the set.  When the band encored with the Latin-infused Gothic tale, “Buenas Tardes Amigo”, I realized that there is no other band out there that can play such a wide-ranging and musically astute concert to 4,000 people, while keeping the audience engaged throughout.

Nothing about this band makes sense, or is by any definition, “by the book”. But that, in essence, is what makes Ween so appealing. Seeing a band successfully break down barriers of classification and produce a high-quality concert while doing it is beyond satisfying. In a world that needs absolutes (“Best NBA player of all time”, “Best album of all time”, “The award for Best Picture goes to…”), a band like Ween is a big middle finger to the record label establishment, and their live show reaffirms that a smorgasbord of the Ween variety can be oh-so-tasty live. 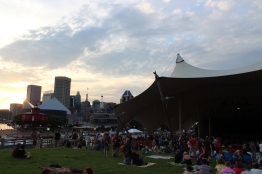 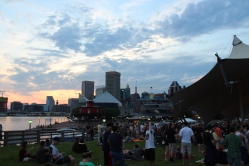 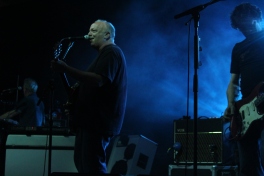 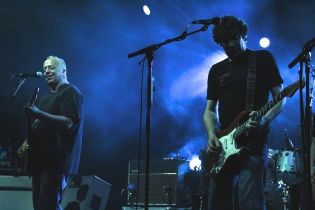 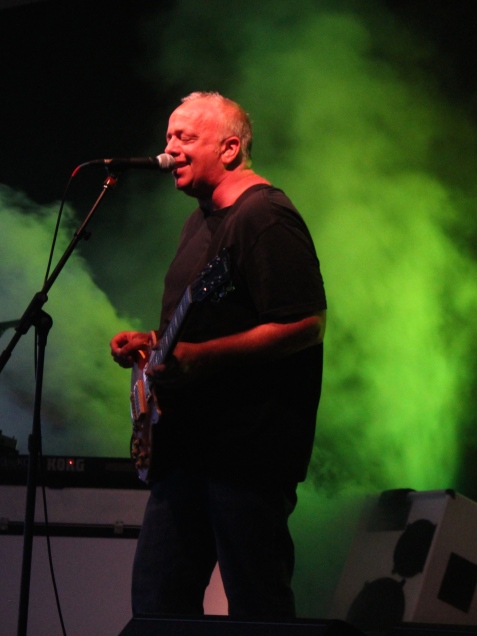 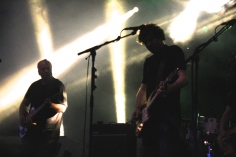 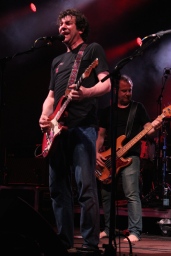 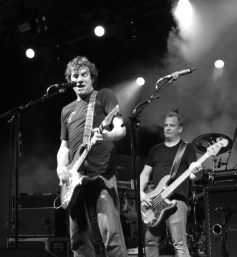 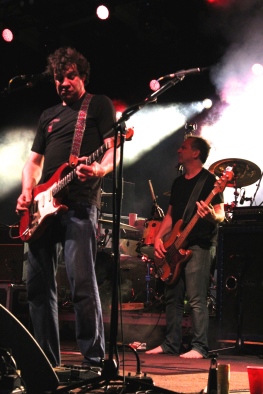 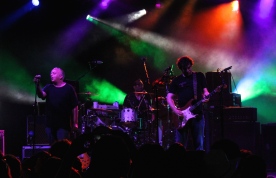 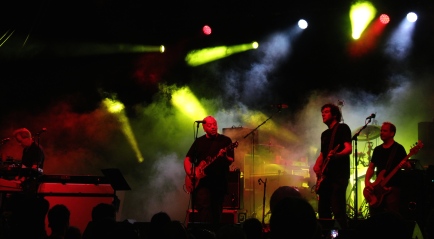 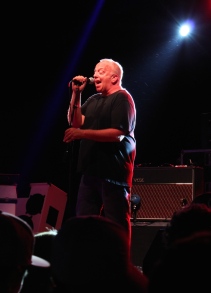 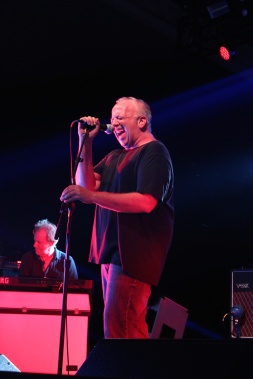 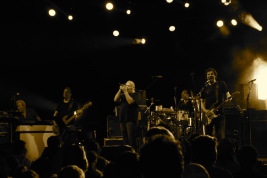 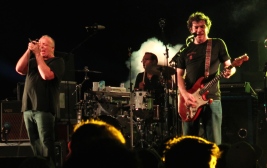 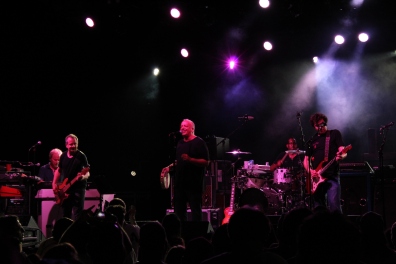 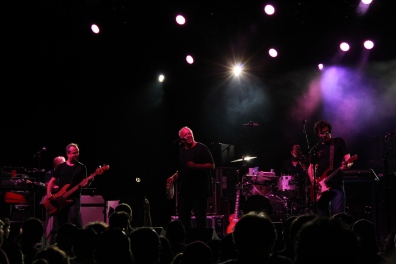 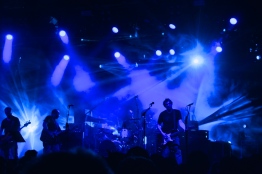 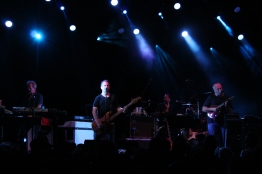 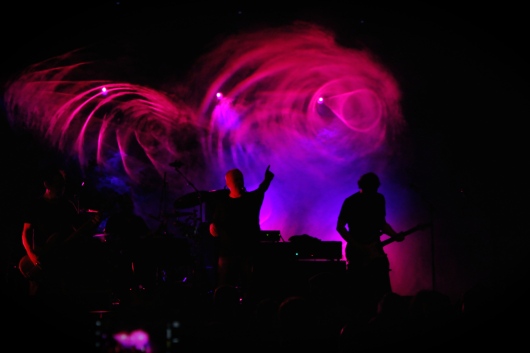 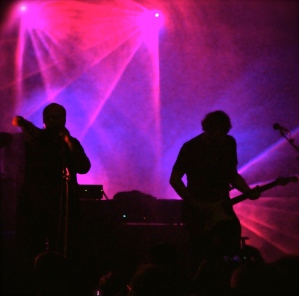 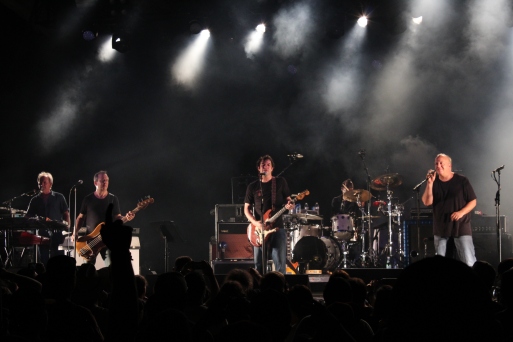 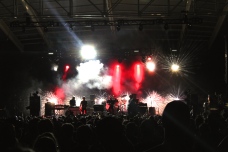 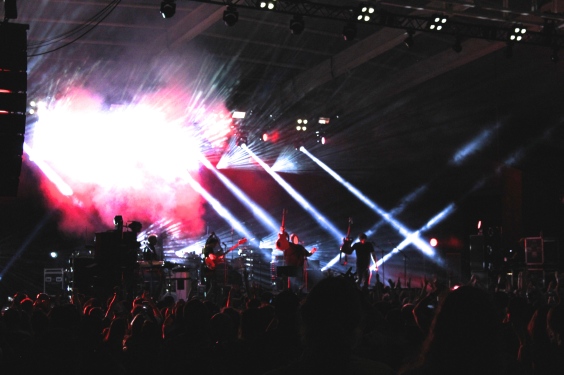 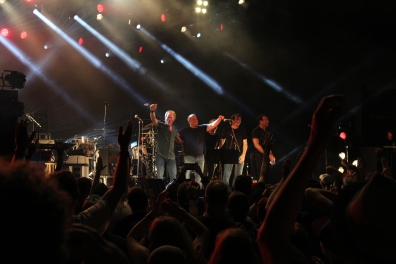