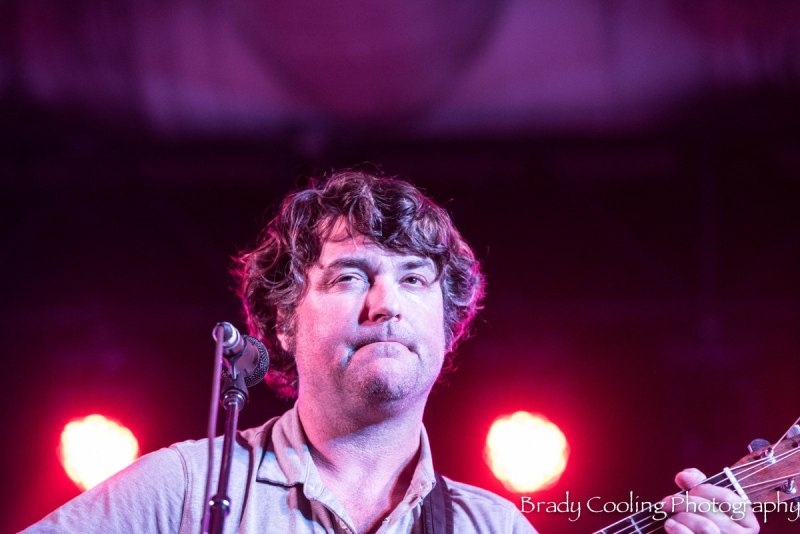 LMD: When we spoke at DelFest you and I talked about the Day of the Dead album. You said that you enjoyed the cut of Bela Fleck’s on there and you said “That’s coming from me who’s working on two Grateful Dead novelty projects that won’t die for some reason. It’s really fun, but I never thought it would go past one gig.”

The Music Never Stopped does it Keller? Could you expound on that?

It starts with my unhealthy fascination with the Grateful Dead. When I was a teenager that was kind of a soundtrack to my life. I was playing all those songs and I knew all those songs because I played them all the time. There are a lot of people that share my love for Grateful Grass. Grateful Dead music is becoming a genre all to itself kind of like jazz and bluegrass in the sense that you can get people together that know the songs and haven’t every played together before. It’s like they’ve known each other for a long time. That’s kind of why it continues to roll. More and more people that play music are opening up to the idea and joining me on stage. Usually the Grateful Grass is a different lineup each time.

LMD: Tomorrow at LOCKN’ you have Andy Falco, Jeremy Garret, Travis Book and Jay Starling of Love Canon. Jay Starling is an incredible player. Why are you drawn to these guys as musicians?

Our paths have crossed many times. I’ve been in a couple projects with Jay Starling. He can play keyboard and was in two projects with me as a keyboard player. There’s a record called Bass that I put out with me on bass, my friend Mark D on drums and Jay Starling on keys. He plays guitar and he’s brilliant on that. Now he makes a living playing dobro, but he went to Berkley for drums. Travis Book, Jeremy Garret and Andy Falco are a solid and respected trio in the bluegrass community. They’ve kind of walked that line of traditional bluegrass and progressive bluegrass. They’re very well respected and they’re all incredible dudes that love Grateful Dead music. Jeremy Garret for the Stringdusters is new to it, but he’s definitely grabbed onto it.

LMD: Once you dive into the Grateful Dead’s catalog it’s very complex. What’s the idea behind how you’re trying to do this?

I definitely take liberties with all that stuff and I kind of do my own arrangements. Obviously with the bluegrass it’s completely different. Everybody comes to the show knowing the songs and then hopefully we can put them together before the set. My whole career is basically a feeble attempt to entertain myself. That’s where it starts. At the end of the day if it’s not fun then there is no reason to be doing it, other than the job aspect of it. I always started out just playing music and playing the Grateful Dead music with these guys just adds to that fuel.

LMD: I was thinking a lot about the Joe Russo’s Almost Dead set last night. A lot of those songs are way more up-tempo and that was one of the most incredible late night shows I’ve seen. Are there any sets that you’re looking forward to seeing in particular?

LMD: What do you like to listen to decompress before a show?

Pat Metheny, Bright Size Life, is a great record with Jaco Pastorious. That one has always kind of brought me down as far as if I’m amped up and I need to relax. That’s definitely the go to record. I like Vava Voom by Bassnectar. It kind of gets me up.

LMD: You have KWahtro dates coming up. It’s a pretty solid run. Is there anything exciting going on with that?

It’s about 11 or 12 shows in the course of three to four weekends. We’re finishing up a record right now that we’ve been working on since April. Dan Boller is a badass bass player. He’s all over the world with different folks. He’s just one of the most amazing bass players I’ve ever worked with. Rodney Holmes is probably the most famous guy in the band. He went all around the world with Santana. Gibb Droll is just an amazing spirit that levitates on stage when he plays guitar.

LMD: What’s the sound of this album going to be like? Where do you see this album in the context of other stuff you’ve done with KWahtro in particular?

The live thing has always been focused around acoustic dance music. The record is turning out to be a little more of a groovy jazz-fusion type of interestingness. Mike Dillon does a track on vibraphone. I got this amazing group out of Michigan named The Accidentals. They lay down these 26 string tracks. They opened for us a few times and I sat in with them a bunch. They switch around their instruments. Michael Dause plays percussion and uses a Cajon as a snare. It’s got that tight rhythm going on. Katie Larson plays an electric cello. Cello is usually seated, but she’s got this brace on it. Savannah Buist plays fiddle. They all switch around and play bass and guitar. They’re providing this string layer to this kind of reggae/dubstep thing that I have on the record called “Hate, Greed, Love.” It’s an interesting dark song and the strings make it real luminous and ominous. We’re just now starting to mix it so it’s all coming together.