The DC Funk Parade is a celebration of the great city and its the people, all uniting along the U Street Corridor for an ode to funk. For the past 3 years Christopher Naoum, Justin Rood, and a team of community members have put together one heck of a free event to unite the DC Community.

It may not be Austin, but the mighty capitoal DC boasts a thriving mix of local talent consistent national touring acts. An event like Funk Parade celebrates the vibrancy of this culture and the great people that always turn up for shows.

Overall Funk Parade 2016 was a huge success.  There was more music, more dance, more art and tone of disco rollerskating.  We are so grateful for all of the talented local artists, partners, sponsors, local businesses, community groups and volunteers who come together to make this day so special.

My favorite moment was that moment right after the parade when there was a little bit of hazy steam glistening over the neighborhood.  The Marching Bands could be heard having their showdown in Harrison Rec, music was winding down every alley and the masses of people who had originally lined U street were huddled up on every street corner watching dancers, musicians and brass bands entertain as the evening began to set in. – Chris Naoum, Co-Founder, Funk Parade

One of the best parts about the Funk Parade is discovering new bands. This year I found myself posted up at the One Love Massive stage for most the day. One Love Massive “takes no money from our collective artists, intending to rewrite the the music business one local artist at a time.” The day began with the kings of tropicaliente music, the Empresarios, who have established themselves over the past 5 years with three albums and countless remixes and shows. The Empresarios bring the sounds of tropical Puerto Rico straight to the heart of DC with a dynamic hybrid electronic sound that includes Paul Chaconas on guitar and melodica and tons of percussion with bandleader Javier Miranda on Congas and Ace Gary on drums.  Perhaps the Empresarios are best known for their melodic vocal stylings of Frankie Rosado and Felix Perez. They ran through many classics such as Cumbia and Rompan Fila, and even performed the brand new Fort Knox Five tune “Cinco To The Brinco” for the first time. The band has garnered a fan base that stretches well beyond the DC region and the band just got back from some California tour dates which included the legendary Joshua Tree Music Festival.

“The Empresarios are on fire right now!!  They are doing great after the release of their third studio album ‘The Vibes’ in late 2015 and have recently tour through Florida, California and Puerto Rico, as well as playing some great shows and festivals in DC.  Stay tuned for some brand new remixes and tour dates coming soon.” says manager Andy Cerutti.

Definitely a perfect eclectic sound to kick off the day.

We wandered around U Street passing by the historic Ben Chili Bowl and grabbed a beer at Cod Mother located just below The Handsome Cock. We then made our way back towards the streets to keep wandering. We ran into well known sax local, Frank Mitchell Jr., with his trio, Three Man Soul Machine. If you are looking for an organ-jazz-drums trio, look no further than this talented outfit. They’re in town all the time performing at a variety of venues (Follow them on Facebook).

We continued walking down the street once again and made our way back over the the One Love Massive stage to check out Black Masala. The Balkan Brass Band commands the audience’s attention with intense stage presence. Kristen Long leads the band through countless energetic originals that are filled with world music flair and a mix of jazz. The band has gained quite the local following, winning 4 Washington Area Music Awards “WAMMIE” for “Best New Artist” and “Best World Album of the Year.” It is no surprise this sound is already finding itself outside of the beltway as the band extends touring into the great Northeast and North Carolina. What stands out above all about the Parade is the overwhelming inclusive vibe of community. The city doesn’t really shut down the historic U Street Corridor in DC except for something as significant as this event. This is a day where DC celebrates its identity. This event is going to keep growing and will continue to unite residents of the DC area hopefully for decades to come.

Another act worth mentioning is Congo Sanchez. They have been active on the live music DC scene for a while now, perhaps most well-known in the area and internationally as sharing the drummer of world renowned band, Thievery Corporation. The group features Congo as DJ and drummer/percussionist, MC Flew Mathews and Franca, who have been playing together for quite some time so the collaboration was natural. He met vocalist Haile Supreme at the Eighteenth Street Lounge in DC’s Dupont Circle during their weekly Wednesday night sets.

“Congo Sanchez has evolved into high energy non stop dance party.. The show, Led by Flex And Haile, takes on a life of its own once it gets started.. Next thing you know 2 hours has gone by and everybody is drenched in sweat. We get possessed and that translates to the crowd,” Franca told Live Music Daily in a recent interview. Their set at Funk Parade was just that. A non stop dance party with audience interaction that you don’t always see at shows. The band demands your attention and they get it, rightfully so. This is one of the coolest DC projects I’ve come across because of its distinct original identity.

Funk Parade is the best because the whole city comes together and lets their guard down for a day. I wish everyday could be funk parade! Jeff Franca, Thievery Corporation/Congo Sanchez

The highlight of the night for me was the Ron Holloway Band‘s Funk Parade Showcase at Sollys. Ron Holloway is a sax legend, having played with legends like Dizzy Gillespie. He’s also played in funky rock outfits like Root Boy Slim and the Sex Change Band, well known for their song, “Boogie Till Ya Puke.” Always up for any genre, Ron can be see frequently sitting in with rock bands, in fact he was in the Warren Haynes Band and is a frequent guest of the Allman Brothers band and extended family. Saturday night the lead vocalists of the band were feeling under the weather and were unable to perform. Ron’s vocalist came in on short notice and absolutely crushed the mic. The set started funky, but as the room began to heat up and get packed, it transformed into a non-stop funk party. Everyone, and I mean everyone, in that room had been getting down at the Funk Parade all day so the dancin’ shoes were already warmed up. Internationally acclaimed blues guitarist Joe Poppen really took some jams to the next level as well.

In all, the Funk Parade was a roaring success and is on the way to becoming a highly recognized city-wide celebration of all that DC has to offer. 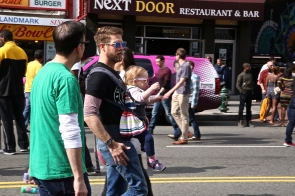 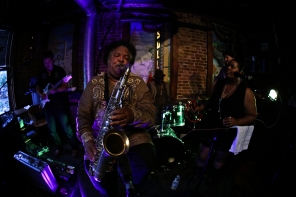 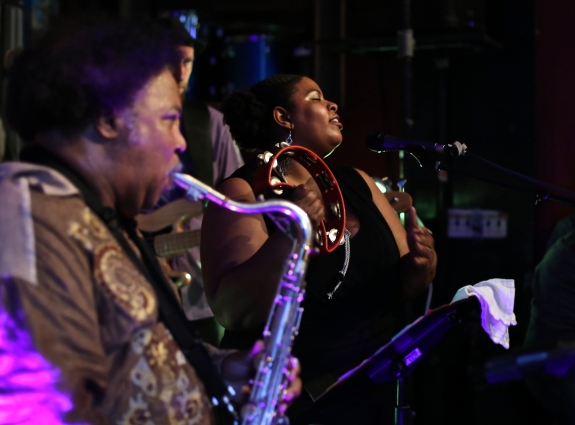 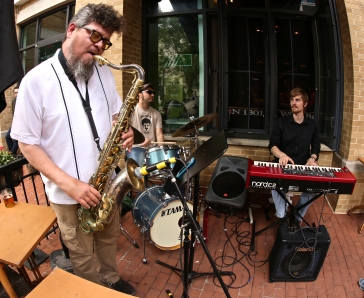 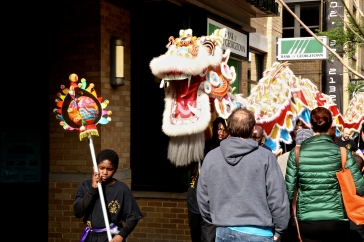 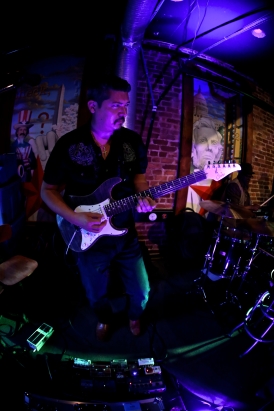 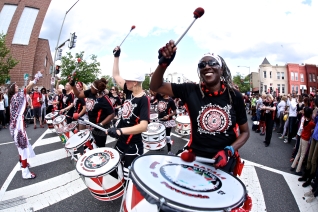 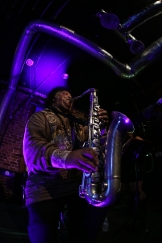 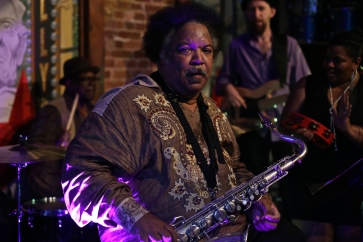 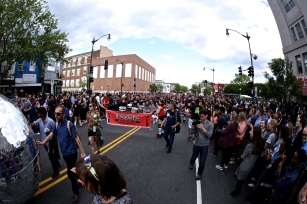 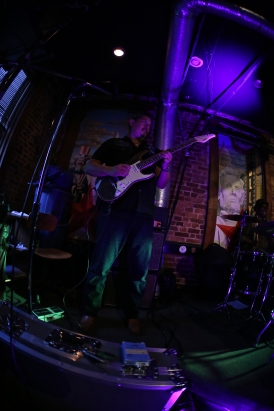 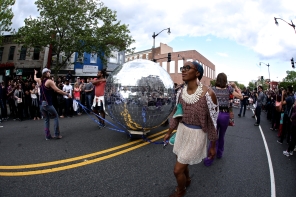 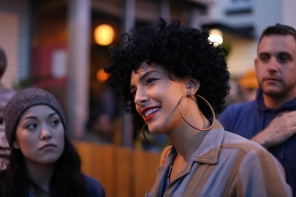 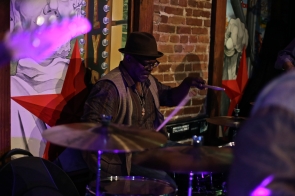