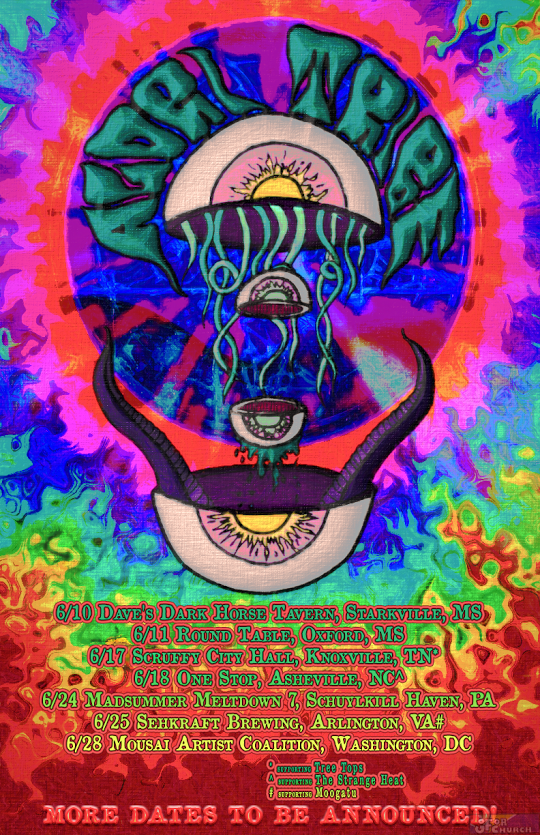 Memphis premier psychedelic rock band, Agori Tribe will be taking their first trip north of Tennessee this summer. The historical music town of Memphis has pumped out some of the greatest music in the world; music that has stood the test of time, songs that are still sung to this day around the world. While not as highly represented on the charts in today’s world, the Home of the Blues still plays home to a thriving music scene. One of Agori Tribe’s strongest characteristics is that they are all proud Memphians, and they plan to bring that heart and soul to new audiences and new heights.

Agori Tribe’s music has most elaborately been described as “space island funk rock.” With three jazz enthusiasts and two hard rock fans in the band, the combination results in a melting pot of genres. Everything from blues to jazz to rock to reggae can be found in their music, almost all of which is original material. Progressive structures and impassioned build-ups put their collective musical mastery on display and leave audiences in an aural stupor.

Agori Tribe’s Summer Tour will start off closer to home with their return to Dave’s Dark Horse Tavern in Starkville, MS, as well as their Oxford, MS debut. Next, they will work their way east to Knoxville and Asheville, before heading up north. The band is slated for an extra late night set at Madsummer Meltdown in Schuylkill Haven, PA, followed by a trip down to Arlington, VA and ending in our nation’s capital. See below for the Phase 1 announcement and stay tuned for more to be added soon!

More Dates To Be Announced!