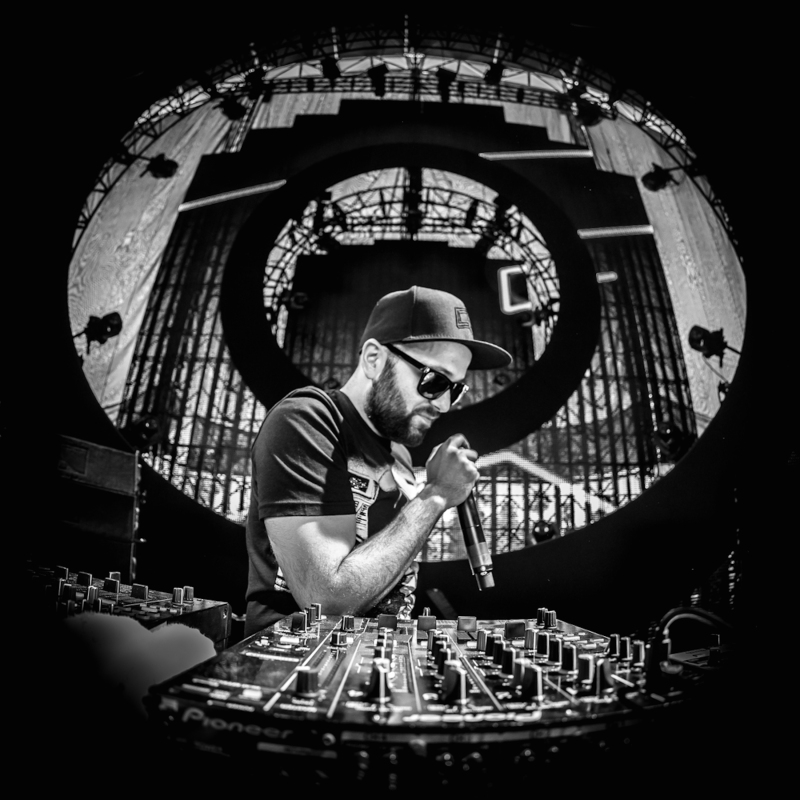 Today’s digital era has both its pros and cons for artists and fans alike. There are valuable arguments on either side. For an artist like Gramatik, they see the internet as a powerful tool in the progression in society and the digital era to represent a new found freedom of sorts.

From the early days I’ve been a huge fan of Gramatik. Some DJs simply don’t do it for me; they oftentimes lack something unique even if the production is tight. But Denis Jarsarvic has been blowing my mind since the first time I put on “Hit That Jive” off Street Bangerz Vol. 2 in 2009. Delving into Gramatik’s older work is definitely helpful in understanding the evolution of his sound. The greatest producers in hip-hop collide with the worlds of old school jazz, blues, and of course a little punch of funk. Whether it is horn section movements, funky guitar riffs, or simple piano hooks, Gramatik has a sprinkle of the extra touch to set tracks over the top. Lots of producers imitate what has already worked, and while Gramatik has many detectable influences in his work, his pieces and ideas are very original. If you listen chronologically to his discography you’ll see a steady yet rapid maturation in his sound, the direction is the same yet clearer with each record. Similarly, every record is different.

Gramatik wasn’t a household name at the beginning, he was one of several rising artists on the Pretty Lights Music Label where he put out some strong releases alongside some like-minded artists. Denis really spread his wings in 2013 when he established his own label, Lowtemp. This is where he came to even further embrace his digital freedom initiatives.  His entire discography and new LP The Age of Reason was released on BitTorrent. Gramatik has exploded on the national and international music circuits playing at some of our favorite music festivals like Bonnaroo, Lollapalooza, Austin City Limits, Ultra, Secret Garden Party, Outlook, Glastonbury, BUKU, Sziget Festival and many others.

We are giving away a free pair of tickets Gramatik’s concert at Echostage on Saturday February 27th in Washington, DC. To enter for a chance to win simply visit our Facebook Page. “Share” this article and “tag” a friend in the comments to enter the contest. Or simply fill out the form below.