Jimmy Herring is one of my favorite guitarists in the world… period. If you’re not familiar with the jazz or jam scene, you may be wondering who I’m talking about.

I’m talking about a guitarist who is as well-studied as the best of them, but who executes with the feel and emotion of the best blues players around. Not only that, but the level at which he exudes his mastery of guitar is so immaculate that it leaves me with nothing short of an eat-shit grin on my face.

“That was a nice ‘Thrill is Gone’ you played last weekend with Junior Marvin,” I said to Paul Reed Smith as he concluded his conversation with Jimmy Herring after Aquarium Rescue Unit’s show at the Howard Theatre in Washington, DC.

Jimmy seemed intrigued and asked Paul about it. Jimmy unzipped his magical white PRS out of his backpack case and handed it to Paul. Smith told us he’d done a slight re-arrangement to the intro of B.B. King’s “Thrill is Gone” when he’d performed it the weekend prior at the Hamilton in DC with Junior Marvin, who served as Bob Marley’s guitarist from 1977 until Marley passed away in 1981.

Jimmy leaned his head up against the neck of his guitar so he could hear Paul better. Seeing the craftsman, better yet the founder, of one of the most esteemed custom guitar companies in the nation, PRS guitars, interact with Gandalf himself was a sight to behold.

Jimmy isn’t your egotistical, in your face, lead guitarist. He is perhaps the most grounded and down to earth musician I’ve ever met. Yet, when he takes that stage, you better brace yourself for what will ensue.

“This poor guy has been listening to old ARU all day,” he said laughing to his label Abstract Logix Founder and ARU manager, Souvik Dutta. Herring and I had a laugh about the following video. “I said I played guitar for Colonel Bruce didn’t I?” said Jimmy.

Jimmy told me that playing with Matt Mundy in the early ARU days was very interesting due to Mundy’s somewhat different background. “He always knew how to walk the line of playing swing and rock on a mandolin,” Herring said.

For those of you not familiar with Aquarium Rescue Unit, the band features a cast of very talented musicians who went on to be a part of much larger acts. The coach of this dream team is Colonel Bruce Hampton.

“Bruce inspires us. Sometimes he’s going somewhere, and he leads us. He’s good at bringing that out in us, and sometimes he keeps leading, and sometimes he even stops playing just so he can listen to what we are playing,” said Herring.

Bruce is one of a kind, a person who encourages the creativity in a musician. His job is less about what notes he plays and more about something much more significant, how he brings out the best in the musicians he leads.

This method was very prevalent at the Howard Theatre. They were at the end of their run, and the guys were more than warmed up.

“When you’re playing with a band on tour that’s, you know, your main band, then you’re focused on that project. Coming back to Aquarium Rescue Unit, you know my chops aren’t what they used to be. If you go back, there are certain licks I simply can’t play. So you know, it took me a few shows to work out the kinks. If you listen to those first few shows, probably the first four, I’m sure it reflects that.” – Jimmy Herring

Well as far as I could tell, there weren’t ANY kinks. This is the cream of the crop, the crème de la crème. They’re not in it for the money. Trust me, if they were, they all have many other routes they could’ve taken. This tour was all about the music, baby. This was about rekindling the magical spark of the past that has continued to inspire these musicians over the past several decades. (In the early 90s, when the H.O.R.D.E. tour featured the likes of Blues Traveler, Phish, The Spin Doctors, Dave Matthews Band, Phish, and Aquarium Rescue Unit, none of them probably knew just how special that tour would be.)

The intricate interplay in Aquarium Rescue Unit is so complex that it may, and often does, probably turn away the casual listener. And for that I’m very grateful. It is a very relieving phenomena in this day and age to see artists blossom so beautifully onstage. This band is about being weird and not caring. It is about pushing musical boundaries, and then, when you didn’t think they could be pushed further, they are. The boundary pushing is a direct result of Colonel Bruce Hampton as the captain of the ship, but he sure does have some talented companions along on the ride.

Catching Oteil Burbridge with Oteil & the Peacemakers and the Allman Brothers Band was a pleasure and a highlight of my musical upbringing. I’ll be honest, I haven’t seen him in quite some time, but I’m very familiar with Oteil’s work on many fronts. It was fairly safe to say I’ve never seen Oteil in a position or role that allowed him as much musical freedom as Aquarium Rescue Unit. The intricate bass patterns weaved seamlessly with Jimmy Herring’s distinct, warm tone. Those who have already seen Oteil know that he can hold down a strong pocket. With Aquarium Rescue Unit, Oteil leads the band with sharp precision that still lends itself to open improvisation, but is in no way sloppy or too “loose.”

As for Jimmy, he knows how to listen. Even some of the best guitarists around struggle with overplaying. Not Jimmy. Doesn’t matter if it is with the Dead, The Allman Brothers, Widespread Panic, The Jimmy Herring Band, The Ringers, Rodgers, Herring & Sipe Trio, or Aquarium Rescue Unit. Jimmy understands the role of being a bandmate, not just a band member. This is an often understated attribute that has driven Jimmy’s successful career. One strong exemplification is how he treats these passages in ARU compositions.

“And Jimmy is just the nicest, sweetest guy in the world… I don’t know if he’s a better player or a nicer guy, I don’t know which is which,” says ARU drummer Jeff Sipe (see video below from Jimmy Herring Band interview).

Not only is Jeff Sipe one of the most solid drummers on the scene, he’s also very well acquainted with Jimmy in projects outside of Aquarium Rescue Unit.

One great project to delve into if you’re a fan of Herring’s progressive edge is Project Z, an experimental trio featuring Sipe on the drums. The group released two albums, and soon afterward, Jimmy invited Sipe to record on his solo album, Lifeboat.

Lifeboat was a very special time for Jimmy. Whether it was his time with The Allman Brothers, The Dead, Jazz is Dead, or Frogwings (a project with Butch Trucks, Derek Trucks, John Popper, Kofi Burbridge, Oteil Burbridge and Marc Quinones), it was clear Jimmy was one of the most highly sought after guitarists in the live music scene. What people hadn’t seen Jimmy do yet was create an album that was wholly his own. This would provide Jimmy with a chance to shine in the spotlight, and he did just that in 2008 by releasing Lifeboat on Abstract Logix.

Then in 2012, Jimmy took it one step further with Subject to Change Without Notice, cementing his ability as not just a lead guitarist, but also as a band leader, songwriter, and master of composition.

The word “complacency” doesn’t come to mind you talk to people about Jimmy. The spirt of musical experimentation and what has morphed Jimmy into the extraordinary guitarist he is today can be directly traced back to that ARU philosophy of playing.

The ARU show was about stretching the limits. It wasn’t so much that they played a heater of a “Good Morning Little School Girl” or “Fixin’ to Die” or “Time Is Free.” The Paul Reed Smith sit-in was special no doubt. However, the takeaway was much more about a philosophical approach to delivering a compelling on-stage performance and less about the specific song.

Sipe and Oteil lock in, hand in hand, without skipping a beat. Their inner connection is highly visible and requires a great attention to detail from the human ear. Any great guitarist knows that having a great drum & bass backbone exponentially increases the availability of options when playing lead. Simply put, Herring has, in theory, an unlimited set of options when he’s playing behind Sipe & Oteil.

Of course, any great rock act that can find a way to add in keys to their mix is sure to come up with a very wholesome, well-rounded sound. Matt Slocum is a genius. He’s literally a child prodigy. He started formal classical training when he was 8 and, years later, was selected in the top 10 of his class when he graduated from Berklee School of music.

The chemistry he has with Oteil is not simply a natural one, but one that has resulted from weathered years of comradery during their time together in Oteil and the Peacemakers. Slocum may fly under the radar folks, but he’s recorded and/or toured with the likes of B.B. King, John McLaughlin and the 4th Dimension, Hot Tuna, The Wailers, Victor Wooten, and the Allman Brothers, just to name a few. He’s one of those cats that is just a vet amongst the inner circle of top players in the categories from blues to jazz (oftentimes anywhere in-between).

What binds this band together is simple, music with no egos. The ability to really shine when they spotlight is on them and push ahead with menacing full speed. Yet at the flip of dime, they will lay deep in the pocket so their cohorts can shine and “speak” with them on an engaging on-stage conversation. The communication they have with each other through their instruments is on a level you just don’t see much, even with the best bands. This group knows how to listen to each other. It is about showing off your talents yet remainging wholly humble. The authenticity and true passion ARU plays with is exactly what music should be. 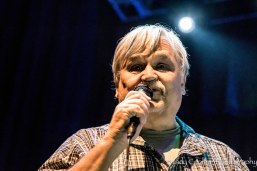 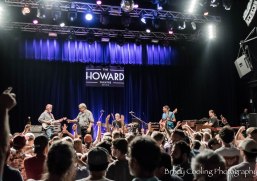 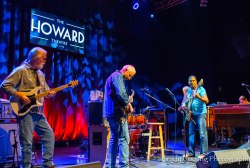 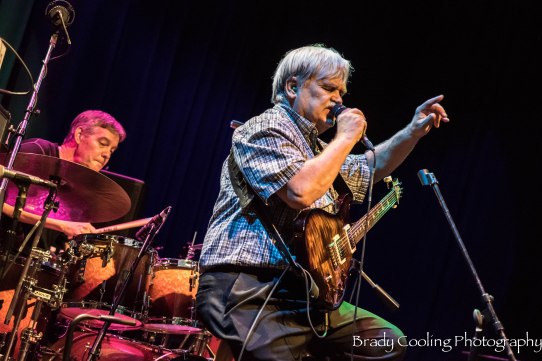 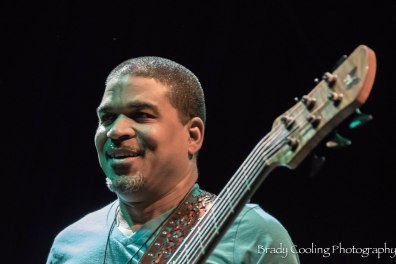 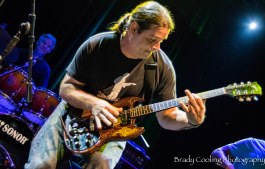 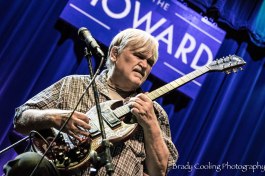 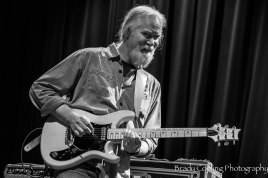 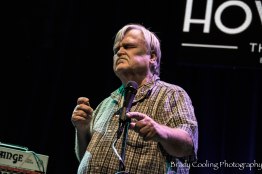 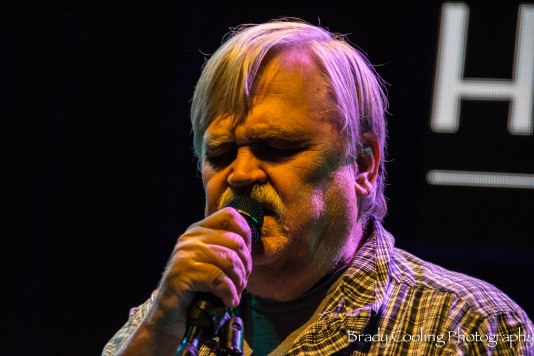