It’s that time of year to be thankful for the friends and family in your life. Fans gathered at Ardmore Music Hall on Wednesday and Friday evening to celebrate the holiday season with a nice dose of live music.

On Wednesday evening the crowd was treated to two stellar opening groups Man About A Horse and a special set of Grateful Dead and Old & The Way tunes performed by Cris Jacobs backed by Cabinet.

Man About A Horse, a Philadelphia based bluegrass band, got the crowd warmed up with a nice set of foot-stomping bluegrass and folk tunes. Then, Cris Jacobs, singer songwriter extraordinaire hailing from Charm City (Baltimore) took the stage, backed by Northeast Pennsylvania’s Cabinet. The hour long set was slated as “Dead & In The Way.” Jacobs along with Patrick “Pappy” Biondo, Mickey Coviello, Dylan Skursky, and J.P. Biondo were greeted by the Ardmore crowd with open arms. “Going To The Races” opened the set “out of the gates” quickly. With Cris’ quick guitar picking and Pappy’s swift banjo work, the group was feeling the groove early on. Mickey Coviello, really shined with the acoustic in the opening numbers of the set, playing off of Jacobs playing without missing a beat. 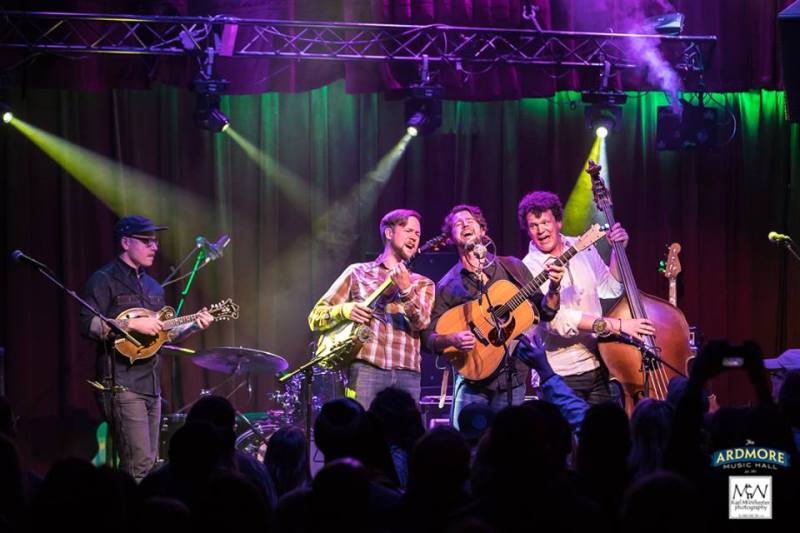 With a beautiful “Bird Song,” J.P. Biondo showcased a rip-roaring mandolin solo as Dylan thumped his Wooden framed upright bass. For avid fans of Jerry Garcia, this group of fine musicians did them justice. Bringing the set to a triumphant conclusion was a superb rendition of the JGB classic “Midnight Moonlight.”

Cabinet has been a force in the bluegrass scene for over a decade. It  has been great to see how the band has evolved over the years to where they are today. After a deep opening jam, the gentlemen dove into fan favorite “Caroline” to kick things off. As cousins J.P. and Pappy played off each other effortlessly as the rest of the group nestled to what was sure to be a fine evening of tunes. A high energetic “Celebration” was just what the doctor ordered, which was followed up by an true form rendition of “The Tower.”

Ardmore Music Hall was illuminated with smiling faces as Cabinet really kicked it into high gear with “Dirt.” The bluegrass veterans showed why they can change things up at a drop of a hat with a slowed rendition of “The Dove” and a spacey “Arco Arena.” The fans left the venue buzzing and excited for Friday evening.

With people enjoying the holiday weekend, Cabinet geared up for their second night at Ardmore Music Hall. Joining them on the bill was Gatos Blancos and Mason Porter.

Starting off the evening at 8 PM sharp, Gatos Blancos eased the crowd into the hall with their inspirational jamming. This young group features longtime friends Patrick Biondo (Banjo/Pedal Steel), Dylan Skursky (Upright Bass), Al Smith (Keyboards), Justin Mazer (Guitar), John Kimock (Drums). The six song set gave a chance for the musicians to let loose and really dial into each other’s skills. Mason Porter followed up with a superb set of folk and bluegrass numbers, that brought new fans to their merchandise table. It’s great to see opening groups with stellar original music, and giving 100% of their heart into the music. 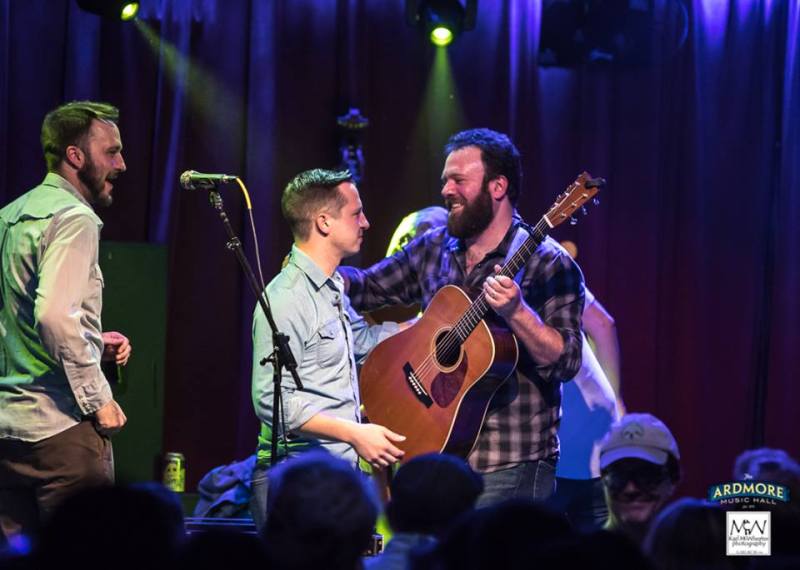 With everyone glowing from spending time with their loved ones, Cabinet, brings family and friends together at their shows. You could hear the voices echoing off of the walls at 23 East Lancaster Avenue (Ardmore Music Hall address) as the sextet belted out a sweet, “Pennsylvania”, in honor of The Keystone State. The room started to really heat with a powerful, “Heavy Rain”, with guitarist Justin Mazer, that was proceeded by the ever popular, “Treesap”, that featured drummer, Josh Karis, going to town on his kit, and showcasing, fiddle player, Todd Kopec.

For all the Deadheads, “Easy Wind” is a blues staple that many musicians have brought into rotation throughout the years; this version did not disappoint. Paying homage to the late great, Tom Petty, “It’s Good To Be King” was breathtaking in bluegrass form, and Mazer was simply brilliant filling in with his guitar riff. Hiding in the background next to Karis, John Kimock lent his drumming to a beautiful, “Nashville Blues” as Dylan Skursky and Mickey Coviello played their their hearts out on their respective instruments.

After 10 plus of touring and songwriting, Cabinet has really come a long way from their early days. With their engaging live performances they will continue to build steam into 2018.