Southern California Reggae band Tunnel Vision may have played one of the most unique gigs of all time: at the summit of Mt. Kilimanjaro. After hiking with all of their gear and equipment, the band performed at the top of the mountain and streamed it online, breaking the world record for the ‘Highest Live Streamed Performance.’ Daniel ‘Dela’ Delacruz, saxophonist in the band Slightly Stoopid, also participated in the climb and performed with the band, breaking the world record for the ‘Highest Saxophone Solo.’ Check out footage of the band performing on the top of the mountain!

Also, check out this video of Tunnel Vision’s singer Hayden Hanson playing “Days Away” on the mountain.  I got to chat with Hanson about this experience, touring, influences, and more. If you are a fan of authentic, Southern California Reggae Rock, go see Tunnel Vision this summer, who are on the road with Reel Big Fish for the “The Beer Run” tour with dates across the U.S.! 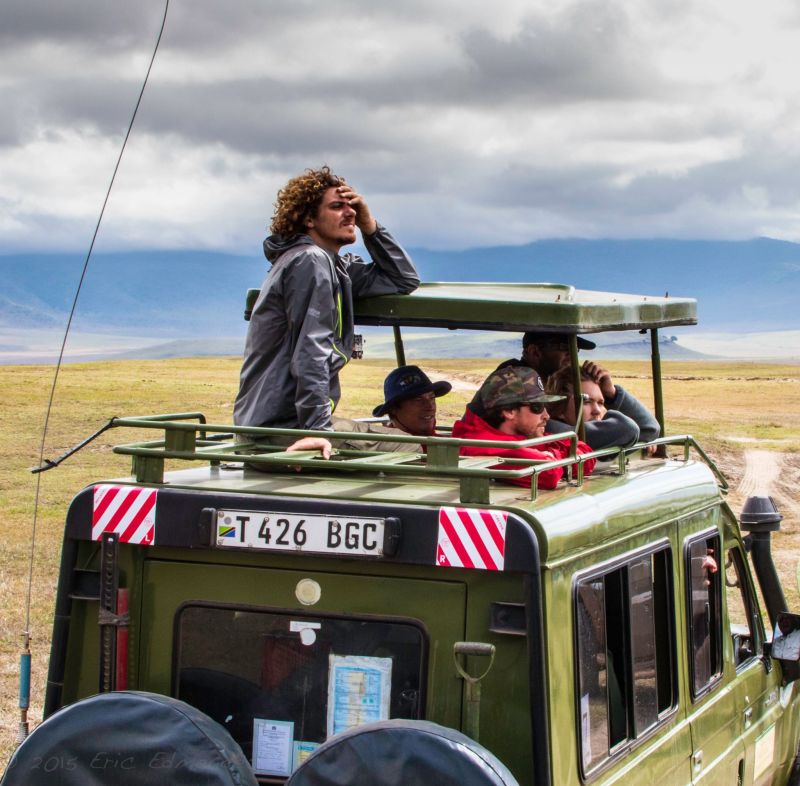 You guys seem like the real deal. From San Clemente, CA, and are actual surfers playing So-Cal inspired Reggae Rock. How did the band form? Were you guys friends?

Originally Jacob and I started Tunnel Vision in high school. We had a different drummer and bass player because Jacob didn’t play any instruments at the time. He was the singer. I would write the lyrics and he would sing. We played for a few years doing house parties and the few clubs that would let us play at 16 years old (laughs). We ended up going different directions, in other punk bands until about 2012 me and Tanner Payan started jamming together. We decided to revive the TV vibe with me on guitar and vocals and Tanner on drums and we just needed a bass player. Jacob picked up the bass and gave it a go and thus the trio began. Riz (Matt Risley – Keys) later joined us at the point we all worked at the Lost surfboards factory. He always ordered boards and played in touring bands. And blended perfectly!

Who are some of your major musical influences?

We all have our own influences for sure. Tanner being more rock-oriented with his background of playing. He loves his Zeppelin. Myself and Jacob are pretty similar in influences in which we grew up in our local punk scene. Lots of 80’s hardcore punk like Black Flag, Misfits, etc. There are way too many to ever put on paper… (laughs). There’s also lots of Reggae and third gen Ska and all the good sounds of the 90’s. Now we’re really all over the place. We all listen to everything. We just love good music, and trying to making it!

First of all, how in the world did the idea to climb Mt. Kilimanjaro and play a concert come about? Can you describe the experience?

Mr. Tom Maxwell of WhiskeyBarrel Records and Johan Ernst put together the expedition and were kind enough to let us be a part of it. It was the trip of a lifetime and to be part of something for such a good cause is really amazing. And we climbed a mountain and set two world records! We will be releasing a single we did for the expedition soon and all proceeds will go to the Wildlife First Foundation and Leonardo DiCaprio Foundation to help with raising awareness and action towards animal poaching and preserving the elephants being killed for their tusks.

How did Daniel ‘Dela’ Delacruz from Slightly Stoopid get involved in the Kilimanjaro concert experience? You recorded your last record at Slightly Stoopid’s studio correct?

Daniel is a good friend of ours and has helped us out a lot through the last few years. I think he was just as excited as we were when he heard about Tom’s idea of us playing on top of Africa! And, yes, we recorded our last album in 2015 at The Lab.

How excited are you guys about The Beer Run tour with Reel Big Fish? What should fans expect from your set?

So excited for this tour!!! The first few shows have been amazing and the blend of tunes as far as lineup goes has been perfect! A good blend of Reggae and Ska and Punk. For our set, we are playing a good chunk of songs from our first record plus a few sneaky new ones we’re stoked to share with you guys!

Any venues or cities you guys are particularly excited you get to play on this tour run?

So many awesome venues on the list!! I’m excited to make it back to The Stone Pony in Asbury Park, NJ. That place is legendary!

La Tiendita in San Clemente. We all call that place home. 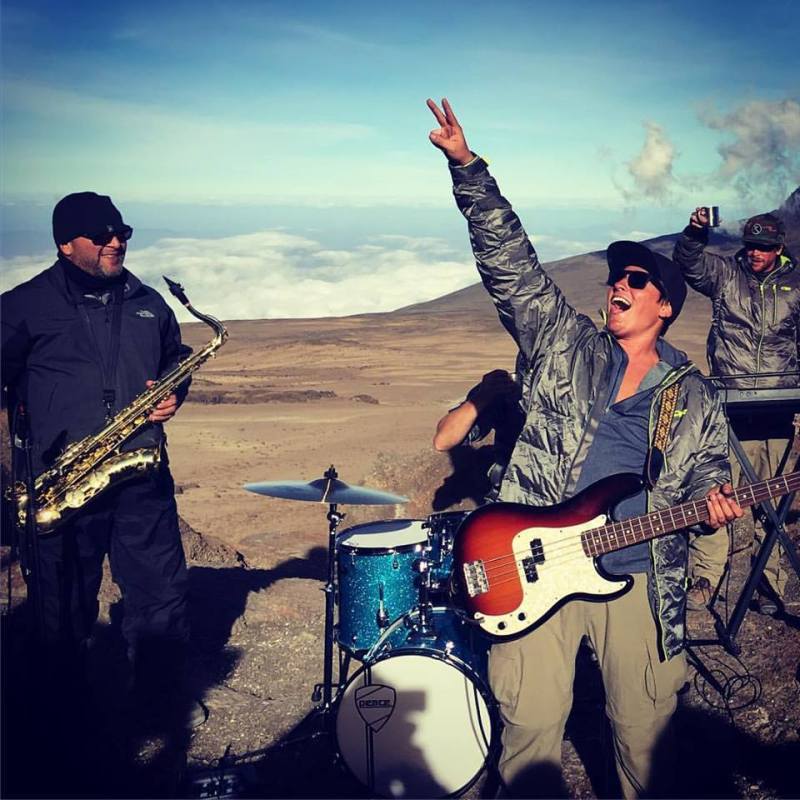