I’m just gonna come out and say it: Chris Shiflett’s West Coast Town is one of the best Country records of 2017. It’s the perfect blend of Honky-Tonkability, authentic lyrical dexterity, and Whiskey-doused Rock ‘N’ Roll heart.  Even for a fan that is on the fringe of the Country world that may lean towards all things Rock, this is a perfect gateway record to the Country genre. No, not that Bro-Country pretty-boy, crap: REAL COUNTRY.

Chris Shiflett is a self-described “Honky tonk and roll guitarist” with feet firmly placed in both the Rock and Country music worlds (one foot wearing Vans, and the other foot wearing an ass-kickin’ cowboy boot, obviously). Sure, he is probably most well known as lead guitarist of the world-conquering Rock titans Foo Fighters, but he also hosts a podcast called “Walking the Floor” in which he has interviewed legendary Country and Americana acts such as the late Merle Haggard, Dwight Yoakam, Sturgill Simpson, Jason Isbell, Lucinda Williams, Steve Earle, Brad Paisley, and even Mike Ness of Social Distortion.

Shiflett is no stranger to stepping into the spotlight as frontman having been the Singer / Guitarist of Punk band side-project Jackson United from 2003 – 2008. But his knack for Country became clear after the release of 2010’s Chris Shiflett & the Dead Peasants and 2013’s All Hat and No Cattle (a nod to the heyday of twang with a batch of Classic Country covers of Waylon Jennings, Buck Owens and Merle Haggard, amongst others).

On this album, Shiflett employed Nashville mastermind producer Dave Cobb (who has also produced Shooter Jennings, Jason Isbell, Chris Stapleton, Jamey Johnson), and it clearly benefited the quality of the end product. With West Coast Town, Shiflett seems to feel right at home in the role as a singer-songwriter and an Alt-Country band leader.

The album’s opener, “Sticks and Stones”, has an Old 97s / early Wilco vibe, complete with distorted Rockabilly snarl (“Throw your bottles, sticks and stones. You’ve made it clear where I can go”). The title track “West Coast Town” is an infectious journey through some of Shiflett’s Southern California roots.

After speaking to Chris Shiflett a few weeks ago before he headed out on the road, he said that adjusting to Country songwriting was a steep learning curve: “I struggled for a couple of years wrapping my head around writing lyrics that really told stories instead of just poetic, mumbo-jumbo which is what I really had always done in the past”.

“Goodnight Little Rock” is a anthem for the grind of a touring band, propped up nicely by a splintering guitar riff and Uncle Tupelo-eqsue fury. “Tonight I’m drinking about me and you” is about as classic a country line as it gets in the under-the-influence, heartbreak tune, “Room 102”. There’s a hint of Country-Western, ‘Cha Cha’ spice and even some Tom Petty melodicism on “The Girl’s Already Gone”. Legendary Pedal Steel session player Robby Turner (who has played with Waylon Jennings, Willie Nelson, Johnny Cash, Jerry Lee Lewis, John Prine, Paul Simon) really shines on the downtempo, earnest “Blow Out the Candles”.

“I had never worked with a real producer on my solo stuff, so to have somebody like Dave that can just take your songs to another place and another level and make them better. I can’t overstate how big of an impact he had on this record, it was amazing,” Shiflett remarked on the impact on Dave Cobb on the record.

Side B of the album has a song for the heart of the party (“Tonight’s Not Over”) and for the morning after (“I’m Still Drunk”).  The coy recounts of regret of a raucous evening out on the town, “I’m Still Drunk” is fun-loving but sincere: “Still in love, still not enough, I’ll apologize tomorrow, but today I’m too fucked up”. “Cherry” encapsulates the soul of the Bakersfield sound, with a shred-tastic solo intertwined with some raw lyrical undertones: “It’s tough giving up on giving up, standing at the edge, thinking bout the jump”. 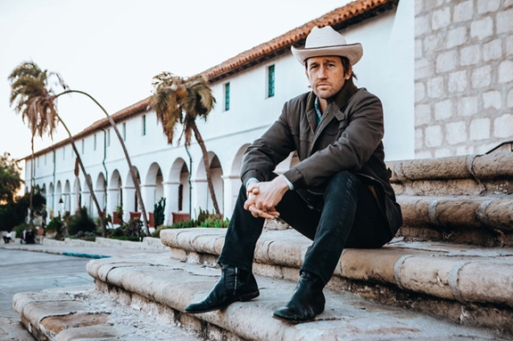 The album doesn’t end it on an introspective snoozer either. The closer “Still Better Days” is a melodic, anthemic boot-stomper that feels like it has the potential to be a staple for cover bands in smoky Honky-Tonk bars on Broadway in Nashville, TN for years to come.

Shiflett has really nailed the relatable, meaningful songwriting style that defines Country on this release, layering it in comfortably alongside catchy melodies and single-coil guitar arrangements: “That is the difference between Country music and Rock music, I believe, is lyrically. And especially, nowadays, stylistically they are not really that different you know? Country, Pop, Rock, it’s all pretty closely related. But it’s the lyrics”.

Shiflett said himself that the album is “equal parts Stonesy-Rock N’ Roll, Bakersfield sound Honky-Tonk, and Punk Rock”. No matter what side of the aisle you lean on genre-wise, that sentence alone should peak your interests and make you want to check West Coast Town out.

Check out the full interview with Chris Shiflett here: