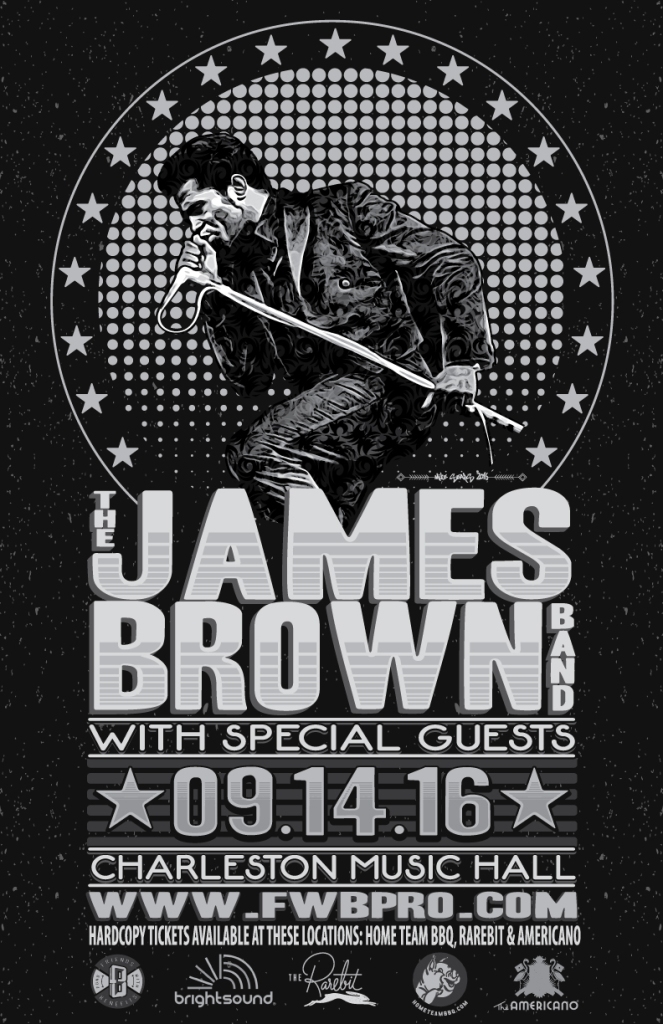 When James Brown passed away on December 25, 2006, he left a void in the entertainment world that will likely never be filled. Over the course of his 50 year recording and performing career, Mr. Brown literally changed the direction of popular music by forging his own path and constantly shattering previously held notions of what was acceptable. In so doing, he created a completely new sound and genre of music called Funk. He also garnered a reputation for having the tightest, most disciplined band in show business. In the 1960s, Mr. Brown released eleven instrumental albums showcasing his dynamic, constantly evolving band. During the 1970s, The JBs, as they were by then known, became a bona fide act in their own right, releasing numerous hit singles and several albums, while still cutting hit after hit backing Mr. Brown. Despite countless personnel and name changes, The James Brown Band continued to serve as a built-in opening act for the Godfather of Soul for the remainder of his career.

The band that accompanied Mr. Brown throughout the 1990s and 2000s distinguished itself as one of the funkiest units he had ever assembled. This is the band that performed with Mr. Brown at many of the biggest shows of his entire career-Woodstock 99, Bonnaroo 2003, Glastonbury 2004, Royal Albert Hall, Budokkan, North Sea Jazz Festival, Hollywood Bowl, Concert for the Rock and Roll Hall of Fame, Buckingham Palace, the Apollo Theater, and even the Kremlin! This is the band featured in the critically acclaimed concert film James Brown Live At The House Of Blues, and the BBC documentary James Brown: Soul Survivor. This is the band that Mr. Brown wished to carry on his music and legacy. There are many James Brown tribute acts and imitators, but this is the Real James Brown Band.

Following the success of The James Brown Birthday Bash on May 3 in Augusta, Georgia, the hometown of the Godfather of Soul, event organizers Friends With Benefits Productions have partnered with Brightsound Entertainment to bring the show to Charleston for one very special evening. Bassist George Porter Jr., founding member of New Orleans Funk pioneers The Meters, will join thirteen members of The James Brown Band including Fred Wesley of The JBs. Also from New Orleans, Ivan Neville of Dumpstaphunk will lend his expertise on the keys. It’s difficult for any one person to fill James Brown’s shoes as a front man; therefore, this concert will have several. Vocalist Brent Carter of Tower of Power & Average White Band is set to perform alongside Elise Testone of American Idol fame and multi-instrumentalist Chris Rob of Craig Robinson & The Nasty Delicious. Local talents Quiana Parler and Michael Quinn will round out the billing!

An additional $2 for each ticket will go to benefit The James Brown Academy of Musik Pupils (JAMP), a nonprofit organization run by James Brown’s daughter Deanna Brown Thomas, and The James Brown Band’s lead guitarist/ music director Keith Jenkins. JAMP works to fulfill the wishes of the Godfather of Soul by furthering music education in Augusta’s youth through the music of James Brown.

Immediately following the show Mike Quinn Superfunk will perform at The Commodore at 504 Meeting St. for the Official Afterparty / James Brown Band Meet & Greet sponsored by YotMe. Expect some amazing sit-ins in an intimate setting. Admission is FREE, and exclusive to lucky winners selected through the YotMe App. Simply follow these steps for your chance to earn admission:

1.) Download Free YotMe App on your smartphone, register and make a profile.

We are giveaway a pair of free tickets to the show. Simply join our email list by filling out the form below to be eligible for a chance to win.