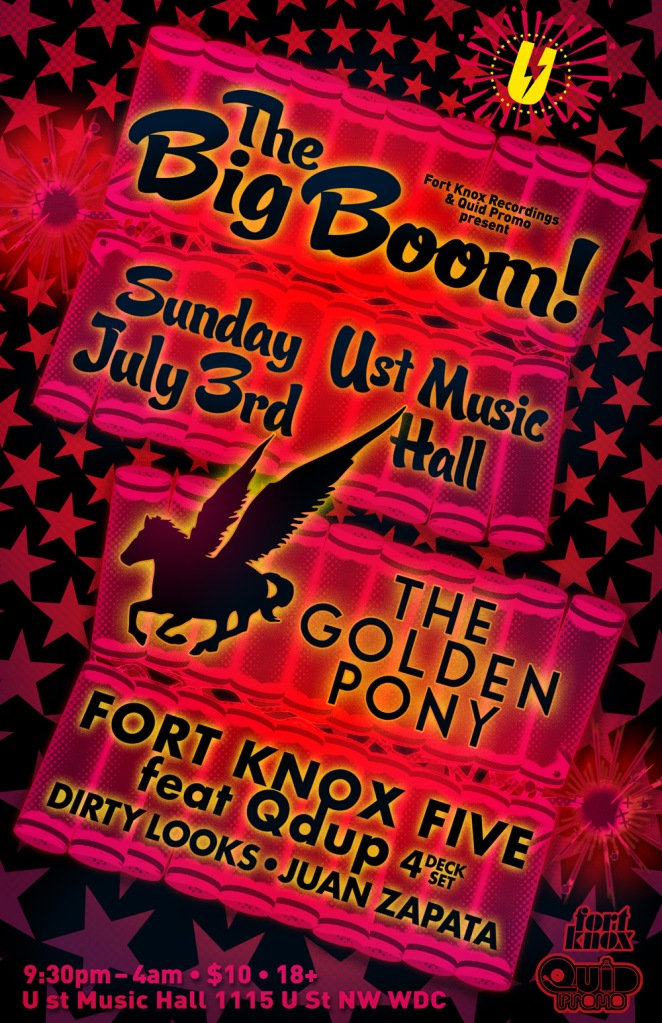 For the fifth year in a row, Fort Knox Recordings is presenting a Fourth of July Holiday weekend party at U Street Music Hall, The Big Boom!!  This year, Fort Knox Five have linked up with Bangon!NYC to put together a killer line-up with The Golden Pony and Dirty Looks coming down from New York, alongside local support from Fort Knox Five ft. Qdup and Juan Zapata.  The club will have extended hours until 4am for this party and the next day is a holiday so you know this will be a big night. For event info and tickets click here.

The Golden Pony broke onto the scene in 2015 with a string of bootleg remixes of popular artists. They have since gathered over 15,000,000 plays on Soundcloud, three #1 hits on Hype Machine, and worldwide indie-radio play.    Official remixes on Atlantic/Sony/RCA have followed, as well as record deals for originals on Enormous Tunes and Armada. With high energy DJ sets that showcase eclectic costumes and custom light up cowbells, The Golden Pony stands apart as a true musicians who take their productions and getting wild equally seriously.

We are pleased to give away a pair of free tickets to the event. Fill out the form below to receive email updates and be eligible for a chance to win a pair of tickets to The Big Boom in DC on July 3, 2016 at U Street Music Hall.