Live in DC at BOSSA in Adams Morgan 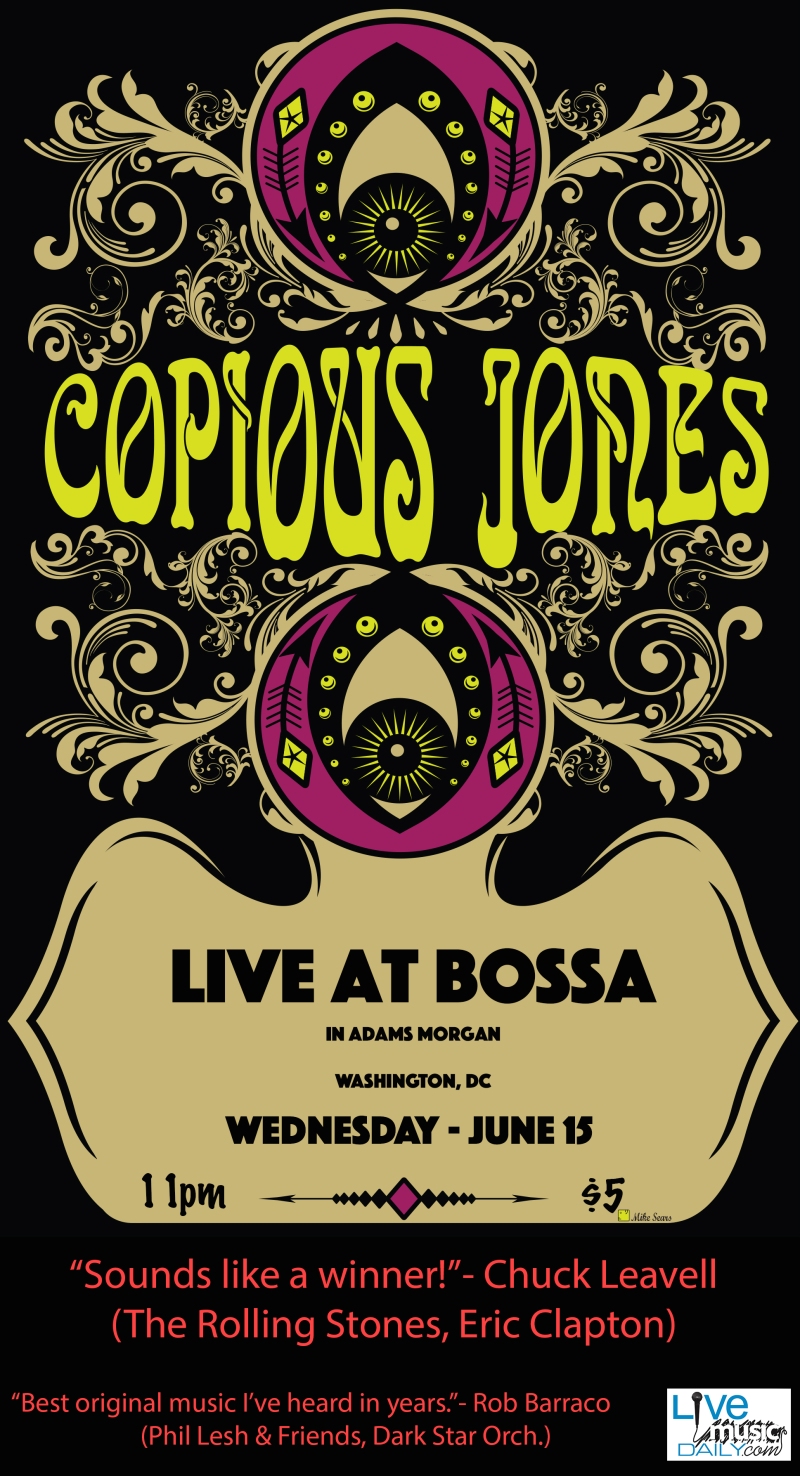 Live Music Daily is pleased to team up with Copious Jones, a psychedelic southern rock outfit based out of Atlanta, for their first DC appearance.

Based solely on the merit of their original material, Copious Jones has performed in front of thousands and has been invited to play numerous notable venues and festivals including: MOUNTAIN JAM 2014 & 2016 (New York), BEAR CREEK MUSIC FESTIVAL 2014 (Florida), FLOYD FEST 2011 (Virginia), RELIX MAGAZINE HQ & THE ORCHARD DISTRIBUTION HQ (New York City) and live on RADIO WOODSTOCK 100.1 FM (New York). In their hometown of Atlanta, GA, they have performed at: THE MABLE HOUSE AMPHITHEATER, THE VARIETY PLAYHOUSE, TERMINAL WEST, SMITH’S OLDE BAR and more.

“The next big band out of Atlanta.”

Drawing from inspirations such as Paul Simon, The Grateful Dead, and Pink Floyd, Copious Jones has created a unique musical experience attracting audiences of all generations and walks of life. On their own they’ve booked more than 400 shows in over 60 cities, and have earned a very respectful following the old fashioned way, one gig at a time. Delivering honest intentions, Copious Jones embodies the spirit that is often forgotten in popular music today and the band’s dedication to their craft, along with their vast, ever-growing rotation of both original and cover songs, have earned them thousands of fans around the globe, and have folks everywhere wondering, “Who is Copious Jones?”