No Sleep ‘Till Brooklyn

The Revivalists Return to the Brooklyn Bowl for a Memorable Night of Music. 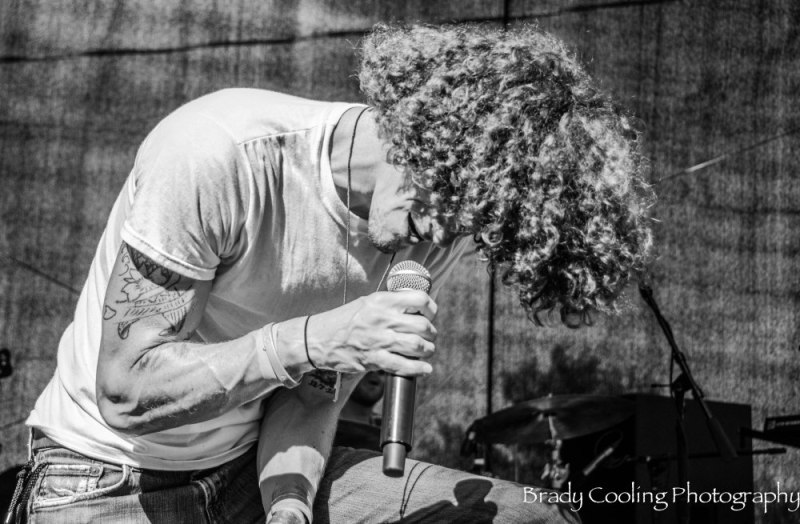 As the Beastie Boys classic anthem “No Sleep Till Brooklyn” blared over the speakers at the famed Brooklyn Bowl on Whythe Street in Brooklyn, New York, the seven musical road warriors from New Orleans known as The Revivalists took their places on the stage.

After a quick review of the tour schedule prior to their trip to the “City That Never Sleeps,” it’s a wonder they can stand, let alone play at the peak level they do every night they step on the stage. The boys were far from done, despite completing the recent concert marathon know as Jazz Fest, where they played shows at Jazz Fest, House of Blues, Orpheum Theatre, and several gigs and appearances in New Orleans throughout the week.

From there it was off to Austin, Texas for a show at The Scoot and then Alexandria, Mississippi to perform as one of the headliners of the Alex River Fete.  With very little time to catch their breath they were due in New York City on Tuesday night for a 30minute interview/jam on ABCnews.com scheduled for 7pm.

While 6 of the 7 Revs were stuck out of town due to extended flight delays, frontman David Shaw was left to handle the appearance himself since he had already been in town.  On Wednesday morning they were scheduled for a 10 minute segment on Fox5 News at 9:30am which means they needed to arrive at the Fox studio by 5am. (Set up, make up, wardrobe, etc. etc.) From there it was off to perform a stripped down set scheduled for 1:00 pm at the Ogilvy Music Almost Rooftop Series in Manhattan and then getting to the Brooklyn Bowl to set up, sound check, and squeeze in a few games of bowling. (Which was “live streamed” on social media).  That also explains why several members of the band were still wearing bowling shoes during the performance.  There will be no napping. After all, it’s a bowling alley. You can’t nap at a bowling alley!   It’s the first time they’ve returned to the 600+ capacity concert hall in two years, which is a little surprising since they’ve been selling out the venue for the past few years and have recently sold out venues twice as big nearby.   The Revivalists love their fans and love the intimacy of the smaller room which had been sold out for several weeks.

With Andrew Campanelli on drums, George Gekas on bass, Michael Girardot on keyboards and trumpet, Rob Ingraham on Sax, Ed Williams on Pedal Steel, and Zack Feinberg on lead guitar, singer David Shaw announced, “We’re just gonna get into it y’all” and kicked things into high gear with the energetic “Catching Fireflies” that got the RevHeads packing the house to “shake the funk” from the opening note.

Before we could catch our breath they “floored it” into the most driving song on the latest album “Men Amongst Mountains” and played the always ambitious “All in the Family.” Riding the tidal wave of continued sales and success The Revs played mostly a set of songs from the top selling 3rd album. One song after the other the frenzied crowd sang along and danced like there was no tomorrow while the band fed off the endless energy.   During songs like “Monster,” “Amber,” and “It Was a Sin,” David Shaw serenaded the ladies and high-fived the guys across the front of the stage while his bandmates traded leads and solos. It was during “It Was a Sin” that Sax player Rob Ingraham and trumpeter Michael Girardot climbed atop a stack of speakers on both sides of the stage and wailed away with a spectacular horn duet.  Also no stranger to acrobatics, during the next song “Move On” David Shaw walked across the 6 inch wide railing that separated the bowling alleys from the concert room like a gymnast walking on a balancing beam and shook hands with those watching the show from there, including mine.

Ever since Live Music Daily published the collaborative review for the album Men Amongst Mountains that was written by 35 members of the Facebook fan page RevHeads, I always chuckle when they play the song “Need You.” It was during that review that a member of the group described that song as a “Borderline R. Kelly baby-making jam”.   It’s a ‘spot on’ description of the beautifully seductive tune during which Mr. Shaw kneels mid stage as if he were pleading for mercy.   The Revivalists invited friend and saxophone player Lucas Ellman to the stage to display his skills and help out with the song “Upright” from the City of Sound album. Ellman impressed and crazed the crowd so much during his solo he was given the spotlight a second time to conclude the song. During the next song Keep Going they split the Brooklyn Bowl crowd in two halves and let them duel it out in a contest of “Who can sing the loudest?” As it does most times Ed Williams, George Gekas and the Bad Boys Club on the right took the win.

To conclude the enterprising set the seemingly tireless septet played their current hit “I Wish I Knew You” and the raucous RevHead and band anthem Criminal, depicted by the tag line “We do this every day”  After a brief exit David Shaw, Zack Feinberg, Rob Ingraham, and Mike Girardot took their places on the edge of the stage to the left side and serenaded everyone with a softer tune from MAM called King of What. Uniting the Good guys with the Bad Boys Club the entire crowd participated in the ultimate Revivalist sing a long while the band played a beautiful version of the Ohio Idol winning song Soulfight.   To end the show there was one more ultimate surprise. Taking a night off from the Broadway hit play “School of Rock” where he plays guitar prodigy “Zack”, the Revs invited the one musician left in the building with the most energy, Brandon Niederaur.   Brandon, or Taz as he’s known in the music circuit, took center stage with his white Fender Strat in hand.   The last time I saw Taz play with The Revivalists the shy 11 year old played some leads and a quick impressive solo during the Allman Brothers hit Whipping Post.   Tonight the 13 year old was given the spotlight again. This time he embraced the moment and took command of the stage like a veteran pro bowl quarterback calling signals at the line of scrimmage while mesmerizing the band and crowd during the Eminem/Dr. Dre classic Forgot About Dre.   From my vantage point it was quite the spectacle seeing all those within 30 feet of the stage reaching and fumbling for their phones to record the awe inspiring moment. Unfortunately for me my phone had died halfway through the set.

As the house lights came up and the crowd thinned out I didn’t expect to see what I usually see at the end of every Revivalist show. At the end of every Rev show I’ve been to the band members hang out, say “hello”, and take pictures with the fans.   I would’ve bet money tonight would be the rare exception and the guys would be passed out in the green room. I was dead tired and dead wrong as I walked by a few of the guys doing what they usually do and interacting with adoring fans.    Coming to Brooklyn on a work night isn’t something I like to make a habit of, but I can’t miss the opportunity to see The Revivalists perform at one of my favorite venues, the Brooklyn Bowl.   All I could think as I got in the car for my 2 ½ hour drive home was…

“NO SLEEP TILL PHILLY”

Catch The Revivalists on 5/20/16 at The Hangout Festival in Gulf Shores, Alabama www.hangoutmusicfest.com and on 5/21/16 and at Live From the Lot in Ardmore Pa. http://www.livefromthelot.com.