The band also showcased their 1970’s jazz-rock prowess in covering the Steely Dan classic “Peg”.  Steely Dan are very big shoes to fill, but the band seamlessly takes on the challenge and manages to add a little seasoning of their own.  Sam Cohen, who is supporting White Denim during the Spring leg of their U.S. tour, provided additional chops as a third guitarist.

“Peg” has been included in some of the band’s recent setlists, and there is no doubt that White Denim should be high on the list of bands to check out live this year given the quality of their new album Stiff.  They will be playing at this year’s Lockn Festival, along with Phish, Ween, My Morning Jacket, Charles Bradley, and Umphrey’s McGee.

Catch them in DC on April 20th at the Black Cat (tickets here). 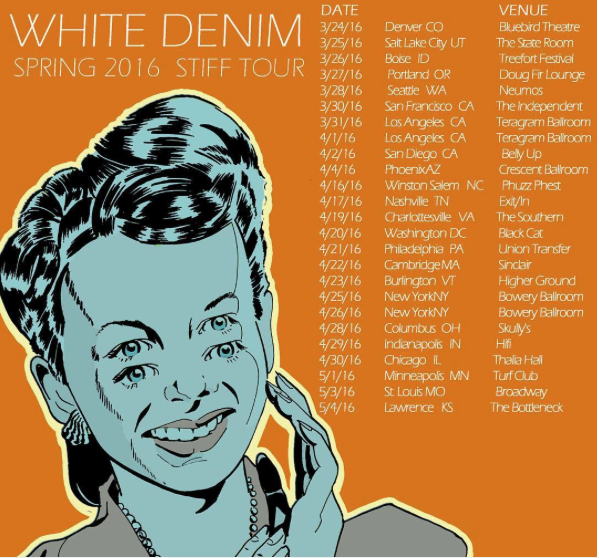