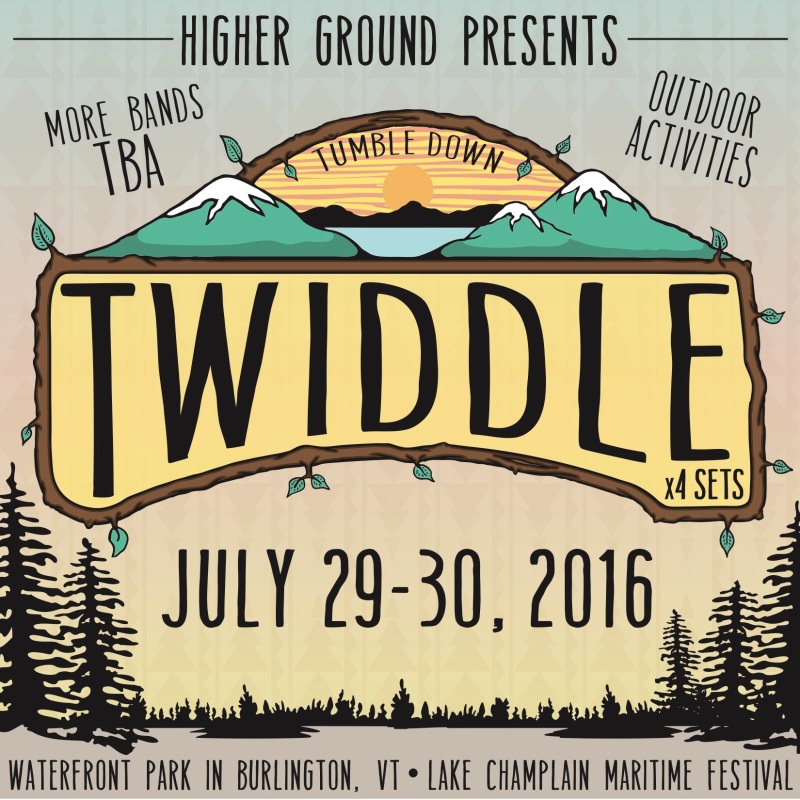 Higher Ground and Twiddle are pleased to announce two nights of Twiddle at the Burlington Waterfront onJuly 29th & 30th, 2016. A limited number of Early Bird 2-Day Passes will be available beginning on Friday, Feb. 19th at 11am.

Fresh off a sold out three night run at Higher Ground over New Years Eve, Twiddle announces their return to Waterfront Park in downtown Burlington for a special two night weekend performance, marking their most ambitious play to date. Twiddle will perform two full sets each night, with several supporting acts to be announced.

For Twiddle fans, this weekend will be known as Tumble Down and continues the tradition started last year at the Lake Champlain Maritime Festival that included alternating weekend nights with moe. The weekend will include various recreational activities, including a Charity Disc Golf Tournament supporting Twiddle’s charity, The White Light Foundation, and late night sets around town with members of Twiddle.

Riding the high of their well-received third record, PLUMP Chapter One, Twiddle is poised to continue their meteoric rise. The band is currently in the studio working on Chapter Two with a release anticipated later in 2016.

Presented by The Point

Tickets will be available online at www.highergroundmusic.com, by phone at 877-987-6487 or in person at the Higher Ground Box Office, 1214 Williston Rd., S. Burlington