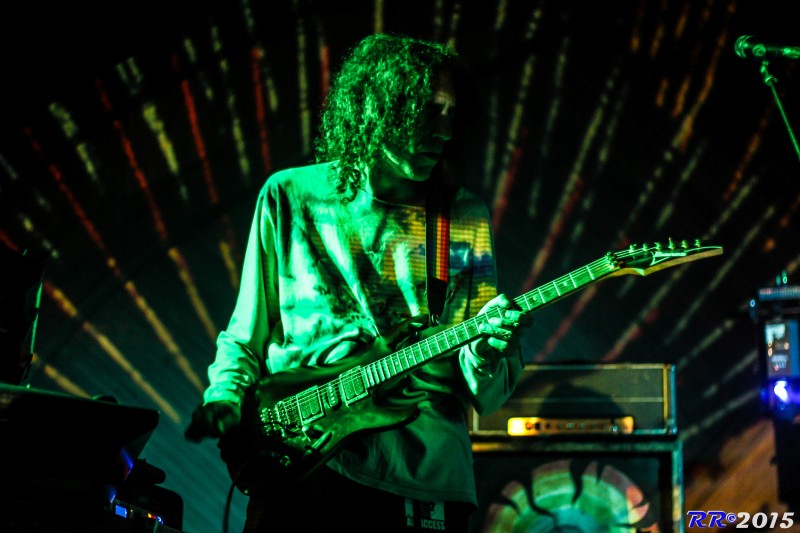 Everyone has different reasons for choosing their favorite bands. Sometimes, we don’t even choose; they just come into our lives, often when we least expect it. Then, all of a sudden you can’t get enough of them.

That is the way it happened for me.

Over the past few years, even though I didn’t come across them until over 25 years into their career, Ozric Tentacles has become my number one favorite band. Unfortunately, this amazing band has undergone a recent tragedy. Over the past few weeks, there has been an immense amount of flooding in northern England, devastating entire cities and forcing their residents to evacuate. The Ozrics currently call Colorado their home, but their primary fan base is still in Europe. Therefore, the band keeps its UK Headquarters, including instruments and tour equipment, in Leeds, UK. Today, January 14, 2016, the Ozrics’ UK Headquarters was demolished by the floods. This heavy blow to the band could not have come at a worse time. The Ozrics have only just gotten over their last natural disaster, as their home and recording studio in Colorado burned down in a forest fire in 2012, wiping out all of their possessions, studio equipment, master recordings and more.

The Ozrics are set to begin their European tour in just two weeks, and they need to replace over £25,000 ($36,000) worth of instruments and tour equipment. This type of devastation could not have come to a more undeserving group of people. Not only are the Ozrics incredible musicians, but they are also some of the most gracious, humble and honest people in the entire world. They do what they do for the right reasons, and they genuinely appreciate every single person in the world who listens to their music. They also have one of the greatest communities of fans I’ve ever been a part of. Their official Facebook fan group, Ozric Tentacles…30 Years of Erpsongs, feels like one big family— a haven for Ozrics fans from all ends of the Earth.

I have had the pleasure of interviewing Ozric Tentacles about their latest album release, and I have been extremely lucky to meet them in person. They are a truly one of a kind unit, and they continue to astound and mesmerize their fans, both as musicians and as people.

Please head to the Ozric Tentacles Facebook page for ways that you can help contribute and keep this incredible band on the road!

See the band’s initial release below, as well as more information on the flooding in the UK:

Wow! Well, it seems that we have reached that time of the year again, that moment when everything has been running so smoothly, and we’re super excited to be ready to set off on our European Tour adventure, when suddenly a ball of chaos hits and all the plans you’ve been working on so meticulously, are knocked completely sideways. It appears once again that it’s time for Ozric Tentacles annual tour meltdown. tongue emoticon Each tour seems to throw so many obstacles at us, we’re seriously considering changing the name of the band to “Tantric Obstacles”.

I’m sure many of you have heard about, and even fallen victim to the catastrophic floods in UK at the moment. (To anyone in the area reading this who is currently dealing with the same thing we are, our hearts go out to you!).
These days OT UK headquarters reside near Leeds on an industrial estate where both our bus and our tour backline is stored when we are in the US. (Ozrics’ tour backline includes; guitars, drum kits, amplifiers, keyboards, lighting equipment, tour merchandise, and much more). This particular area was hit extremely bad and industrial estate was entirely engulfed in the flood. Upon re-entry to the estate, it has been confirmed that most all of the Ozrics’ touring equipment has been destroyed by the contaminated waters.

We were planning to pick up the equipment in less than two weeks and head to rehearsals in London in order to prepare for what is truly shaping up to be the most exciting tour I have ever booked! Well… I guess it’s technically the first tour I have ever booked, (on my own). After 12 years of working with the same agency, the company changed drastically, and we parted ways. I attempted to work with a few more agencies after that, and so far have not had any luck. But, with a little love, encouragement, and help from some wonderful friends, we have managed not to let that stand in our way and created an amazing tour. We have pooled information and ideas together in order to pick the people we want to work with the most in places we love.
Ozric Tentacles & Project RnL will co-headline 25 shows in 18 different countries, including many new ones that neither band has had the opportunity to play in before, such as Albania, Bosnia, Bulgaria, Macedonia, and Romania as well as some places we rarely ever make it to like Ireland, Greece, Serbia, Slovenia, and Turkey.
The idea of this tour is not to support an album, it’s not to feature Ozrics playing for 2 1/2 hours with a local support that play for 45 minutes before anyone even turns up. It’s to experience new and beautiful places, meet new people, hear music and languages we’ve never heard before, try new foods, play with local musicians, aid local charities, fund future festivals in the areas, to throw great parties of course and to introduce people to a new and amazingly talented band, Project RnL, who are long overdue for their first European tour.

As many of you may know, we have only recently recovered from the losing everything, our entire home, studio, equipment, masters, and basically all our worldly possessions, which were destroyed in a forest fire at the end of our 2012 tour. The recovery was complicated by Ed’s near death experience(s) due to food poisoning, and he was either hospitalized or on treatment at home, alternating for the following two years. Throughout all of this we have come to terms with losing things, and strangely enough the more I lose, the less I seem to want. smile emoticon Unfortunately what we just lost is fairly essential to make the this tour happen. The only real sad part for us, is there was also a large number paintings and works done by Ed’s father, artist/sculptor David Wynne and many other personal items, which we had inherited after he passed away last year, just prior to the last European tour. Losing that is much harder. At the end of the day it is not the gear that makes the musician, the gear can be replaced.

We will arrive in the UK in two weeks in order to assess the total damages, but we are likely looking to located and fund replacements or substitutes for approximately £25K worth of tour backline over the next two weeks. If there is anyone out there interested in helping by means of locating, selling, loaning, hiring or in anyway providing any of the equipment on this list (or something similar), we would love to hear from you and would of course be eternally grateful for any assistance.

Of course there will be only a few people who can possibly help us with our replacement requirements, and it’s most likely we will have a large equipment rental fee to pay on this tour. But you can always help us by grabbing a ticket, coming out to a show near you and having a great time!

Many thanks for your time and hope to see you out there!
Love & Light, ~ brandi wynne