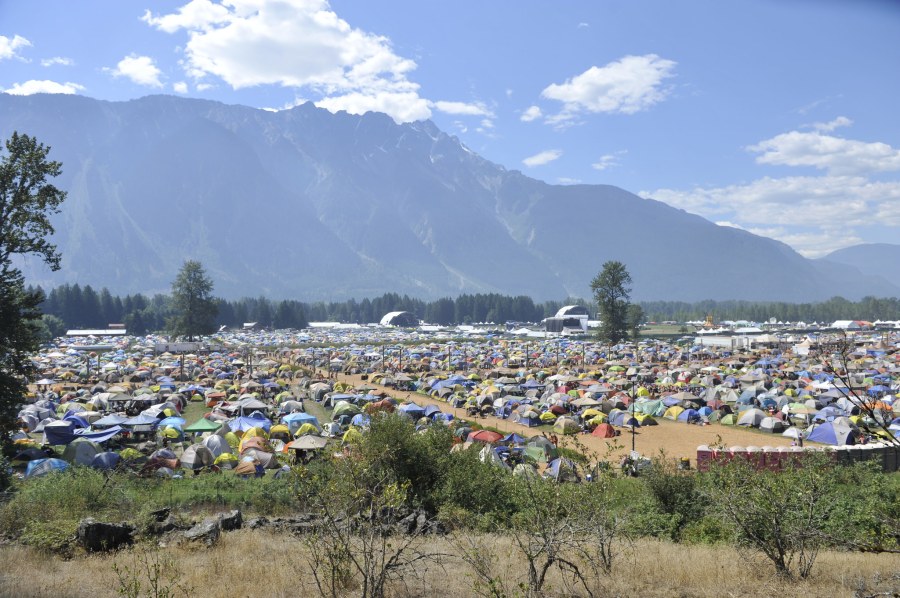 Nestled within the Pemberton Valley at the base of Mt. Currie, The Pemberton Music Festival is awe-strikingly beautiful at first look. The sheer edifice of Mt. Currie and the jagged, crested ridges ceremoniously surround the festival grounds for a rare 360° mountain view.

Few events draw such large crowds to remote, isolated swaths of land like the North American music festival. Even fewer take that concept and push the boundaries of geographical location. Achieving a balance between smaller festivals that usually sport more intimate settings and picturesque locations but usually have to deal with extreme budget limitations. Decidedly moving away from the “put a bunch of people in a field” model, the nuts-and-bolts of Pemberton still function in the well-oiled fashion of it’s U.S. counterparts.

The opening experience at Pemberton was walking up to the Mt. Currie stage (perched at the base of the brooding precipice to provide one of the more inspiring vistas of an all-inspiring setting) to see The War On Drugs.

A set that included favorites from their album Lost In The Dream; “Under The Pressure” and “Red Eyes”. A serene set of music to welcome the ever-growing community was a lovely choice. The unceremonious opening allowed for an unconsciously smooth decent into the festival culture.

Across the way at the Base Camp stage Bassnectar played a set the featured deep groove’s weaved in-and-out of massive, ethereal soundscapes. His set played host to one of the more impressive live production displays I’ve personally scene on the festival circuit. Granted, the realization of being deep in the evergreen wilds of British Columbia while witnessing such a spectacle cannot be overstated. Not one to disappoint; DJ Lorin came through with some decidedly raunchy moments that careened of the edges to the grimy depths of “Dubstep” styled tracks. Relative to recent sets at Camp Bisco and Electric Forest; the crowd wasn’t as “rabid” or “ferocious” as many recent reports from stateside Nectar shows. From my perspective, this allowed the set to open-up and provide one of the more creative and compelling electronic offerings of the weekend.

Friday began a 3-Day stretch of impressively packed lineup days from many perspectives. The ever talented and American roots musician Shakey Graves played an afternoon set before Run The Jewels continued the theme of high-energy hip-hop music that pervaded throughout the weekend and rounded out Friday with a less-than-inspired set from Kid Cudi. Arguably one of the bigger misses of the weekend, his half-drunken persona didn’t seem to ever fall in rhythm with the audience. Due the infectious nature of many of his songs and their association with “coming of age years” for many in attendance, he managed a few rousing moments throughout the course of the evening set.

The Black Keys undoubtedly played the largest crowd of the weekend and pulled it off by digging deep and reaching for emotive pathways of expression. A deconstructed version of the classic tune “Leaving Trunk” was a gritty reminder of the sheer power of blues music. Their time on stage was in a word; electrified. The ambience buzzed with reverberant energies of the raw variety that the Black Keys exemplify. A set that featured all the hits and an absolute gem from blues-history.

After reinvigorating the spirit with the sounds of the Mississippi Delta and Midwestern Metropolis that gave birth to and raised this music; I ventured back to the Mt. Currie stage for a unique blend of Americana and a notable penchant for bluegrass music.

I brought a lot of excitement with me to see The String Cheese Incident in the mountainous setting. It quickly became obvious that most people at the festival had never heard of SCI as the crowds were astonishingly thin (relatively speaking). This was the sweetest kind of bitter as I got the see the looks of those seeing Cheese for the first time as well as enjoy ample space to move and groove through a set that featured notable jams in a 10 min “So Far From Home” opener, “Close Your Eyes”, “Valley Of The Jig”, a sneaky “She Came In Through The Bathroom Window” after “Song In My Head” and a mighty impressive “Let’s Go Outside”, “Beautiful (15:57)” and “Texas (19:03)” to close out the set.

I recruited a few more media personnel to attend the next day’s Cheese set after several occasions of people thanking me for insisting they intend SCI the previous night.

The late night-set of Galactic FEATURING Macy Gray gave the opportunity for the Grammy-Winning soulstress to show how a proper inebriated performance is done. She rambled through audience interactions and walked the line between entertaining and distracting with undeniable showmanship. Other than a walked-through version of her worldwide hit “I Try”, a favorite moment of Macy’s performance was a scintillating rendition of “I’ve Got A Brand New Pair Of Roller Skates”. The irresistible hook on this classic tune was a funky delight that fell in perfectly with the twisted carnival vibe of the late-night festivalian culture.

Saturday at Pemberton provided the opportunity to see throwback artists from three different generations. Jane’s Addiction played the earlier set before Alice Cooper’s surprise set of the weekend. For many in attendance who expected to see the veteran rocker go through the motions so he could bring the old show on the road couldn’t have been more surprised. 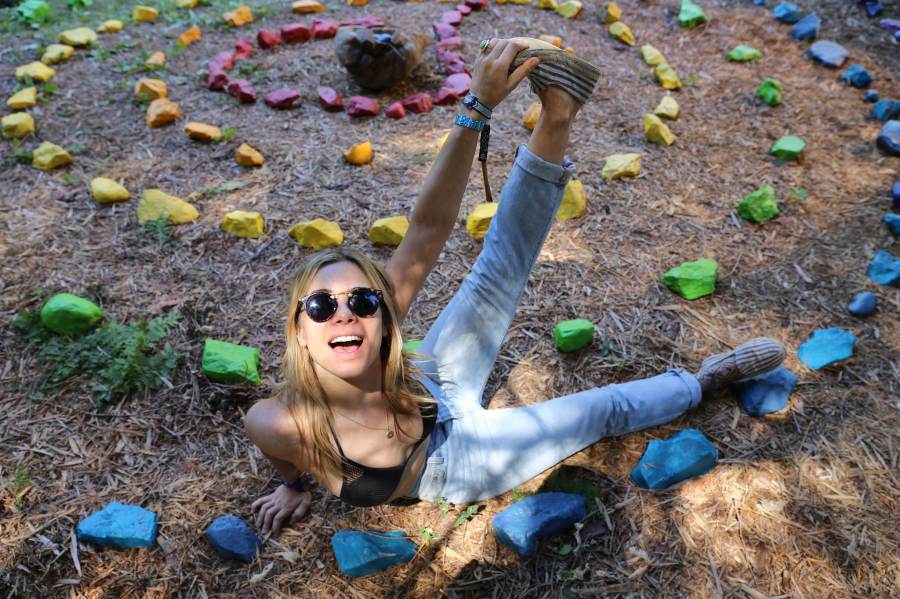 In many ways the most “spectacular” set of the weekend, his set featured set changes, costumes, a guillotine routine, themed/special effects, and raucous renditions of his classic tunes. “He absolutely killed it!” said one of the many festival goers who hadn’t expected to see a good show.

Weezer was a band that I was particularly excited to see. After hearing from many in attendance that the band is known for not playing the handful of songs that most of us know and love from back when. I was, admittedly, deflated but nonetheless interested in seeing the set and content with hoping for a few bust outs, particularly the one that they “absolutely never play” (“Say It Ain’t So”). Early in the set “Hash Pipe” unleashed the 16 year old fury inside of me that I had almost forgot ever existed. Not long after, “Islands In The Sun” sent a clear message that the band was going for it. To close out the set, an absolutely awesome version of (you guessed it) “Say It Ain’t So” opened to hair-raising crowd exuberance and was the exclamation point on their set.

String Cheese’s Saturday night performance opened with a celebratory “Can’t Wait Another Day”. “Black And White” and “Johnny Cash” were delivered properly early in the set before a heel stompin’ “Bumpin’ Reel” took hold. A particularly inspired “Rollover” clocked in at just under 20min before the magnificent ode to the Rockies that is “Colorado Bluebird Sky” closed out SCI’s run at Pemberton.

STS9 brought their reenergized act to the Whistler stage and worked their way through the dynamics with refreshing aptitude. Many Tribe fans who had fallen out of favor with the band are please to see Alana in the bass role. As they careened through expansive soundscapes and tight pocket grooves, the band reminded many what an STS9 show could be.

Next on the list, the Saturday late-night spot was undoubtedly my favorite set of the weekend. When De La Soul took the stage that was all she wrote. Once the hip-hop started, the leanin’ and rockin’ infected the audience for the tightest dance party of the weekend. The climax came when Maseo dropped “Feel Good Inc.” while his trademark laugh made sinister waves as it reverberated over the PA.

In the afternoon light, I could hear the reverberant ebullience of saxophone howls in the mountain air. This was enough to coax me from the shade of my campsite and enter the grounds for the essential Preservation Hall Jazz Band. If Pemberton were to set the precedent that De La Soul hold down Saturday late night, and the Preservation Hall Jazz Band to grace the Sunday stage, everyone who attended either show would agree. Dancin’ and smilin’ abounded in the rare heat-of-the-afternoon set that people do more than survive through. Professor Longhair’s “Mardi Gras In New Orleans” gave all of us an opportunity to reflect on the occasion and what a treat it was to experience this music, from this band, in this location. A nod to the festival and the consideration that goes into bringing eclectic lineups that facilitate authentic and timeless experiences.

Missy Elliot played to an adoring crowd and put on a noteworthy show that played all the hits as a soundtrack to a rowdy spectacle featuring choreographed dance routines, visuals from her iconic music videos, and unique presentations of her classics.

Tycho’s Sunday set at Base Camp was as close to perfection as I felt at that stage all weekend. The organic grooves and meditative melodics put me in a delightful headspace that allowed the weekends events to play like a slideshow in my mind.

The remaining weekend warriors gathered their forces for one last ride at the Pemberton stage. Kendrick Lamar came out under the lights and gave a performance that connected with so many in attendance who came to see the prodigious rapper. 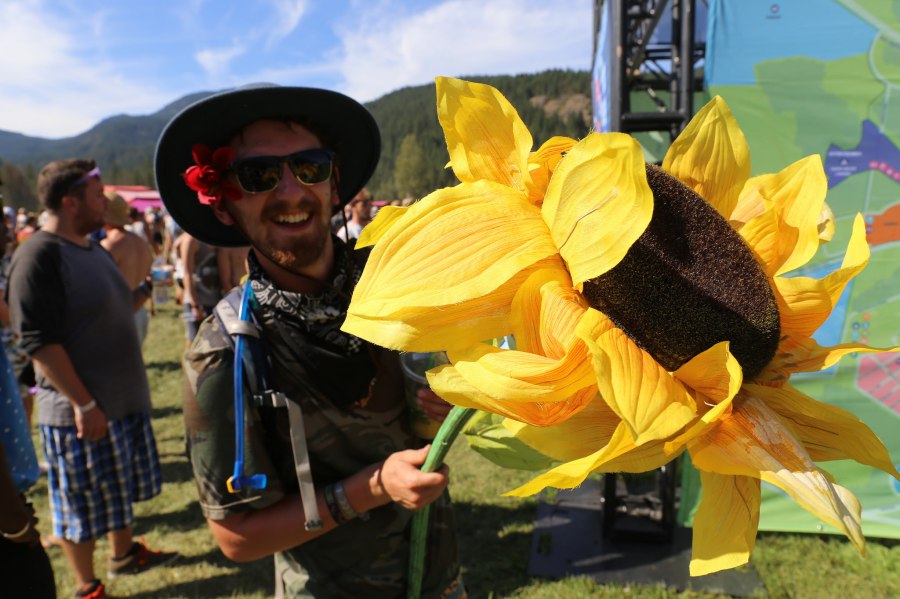 The B.C. based festival, provided the backdrop to an impressive range of experiences. Featuring various possibilities between the different stages, and an intelligible schedule that flowed through sonic peaks and reverberant valleys like a good set-list.

Many thanks to the Production Team and all the folks at HukaEnt who greased the axels all weekend and made for an exceptional press/media experience.

A recurring topic of this adventure beckoned the difference between a vacation and a journey. The perception of an escapist utopia pervades the surrounding factions of society. The simple fact is that very little comes “easy” throughout the experience. From securing a ticket, to planning/acquiring resources and setting up camp. Not the least of which is the travel into the Canadian wilderness and all the considerations and complications that comes therein. One thing is for certain, in order to find yourself in these situations you have to go out and get it.

There’s a lot to be said about the relatively “convenient” festivals found closer to one’s hometown that provide the foundation for appreciating everything else. Be that as it may, a festival experience that lends itself to exploration and discovery by the very nature of its being is truly an inspiring concept. The Pemberton Music Festival successfully provides a setting and experience that inspires, enlightens and enchants the festivalgoer in new and exciting ways.