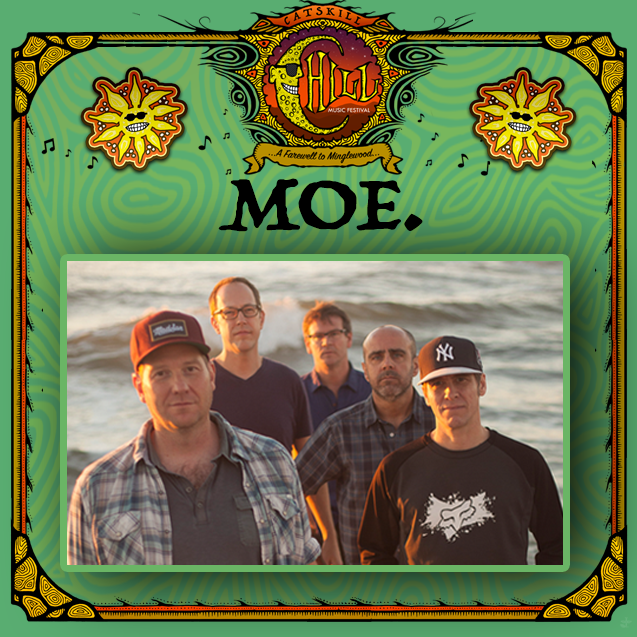 Catskill Chill Music Festival has announced moe. as the headliner for “A Farewell to Minglewood” which will take place September 18-20, 2015,in Hancock, New York.  This is the first time that the preeminent New York jam band has performed at Catskill Chill, making it a very special way to close six amazing years at Camp Minglewood before the event moves to a new home in 2016.

While the performance schedule alone is reason enough to attend this annual event, it is the intimacy and unique grounds that make Catskill Chill one of the most highly anticipated festivals of the season and this year is expected to sell out. With a limited capacity, no campsite is more than a few minutes walk to the stages and anyone can make their way up to the front for their favorite sets. Hosted at a secluded performing arts summer camp where childhood dreams merge with the music festival culture, the “Chillfam” as Chill’s loving community have coined themselves, bunk-up in 16-32 person sleep away camp-style cabins, creating decorated theme camps intermingled amongst the campers. The festival also features free parking, free camping, daily yoga, live art, a farmer’s market, craft and food vendors, a communal bonfire nightly and an open mic.

Tickets are currently available here for $185. Details on VIP Packages, which will be purchased separately from weekend passes, will be announced in the coming weeks. 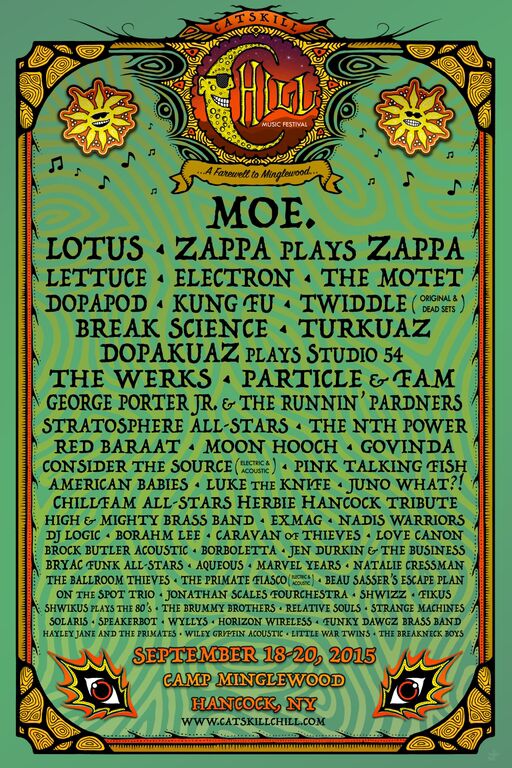