When the Atlanta Braves built their new baseball stadium in Cobb County there was a lot of skepticism amongst not only Braves fans, but residents all over the giant southeastern city. Turner Field had been home to the Braves ever since the 1996 Olympics and there was a certain affection that Bravos fans had for the ballpark because of the Braves success in the 1990s and early 2000s (Atlanta Braves 90s Success).“The Ted” had one big problem though. There was virtually nothing to do within walking distance of the stadium and although there were some promises made to build restaurants and bars around Turner, it just wasn’t going to happen. Not in our lifetime anyway.

Enter SunTrust Park. Located about 10 miles northwest of downtown Atlanta in the Cumberland neighborhood of Cobb County, the newly constructed ballpark opened at the beginning of the 2017 season and many Braves fans have fallen in love with it. The $672 million park hosted its first regular season game on April 14th and while the Braves organization might wish otherwise (or maybe not), the stadium and the mediocre team that plays there (Dansby Swanson Sent Down To Minors) hasn’t been the story of the 2017 season. The story has been what sits just outside of SunTrust Park. It is known as The Battery and it has captivated patrons all season long with bars and restaurants aplenty. This looks to be exactly what the organization needed from a fans perspective, but there’s something else much more exciting than giant bars and restaurants and it sits about 30 yards from the entrance of the stadium. It’s the newly constructed Coca-Cola Roxy Theatre.

Concert goers might recall a venue with the same name that used to be located in Buckhead and that’s because from 1992-2008 the concert hall now known as The Buckhead Theatre held that iconic title. Times have changed in Atlanta. On Saturday, April 8, 2017, the latest version Coca-Cola Roxy opened its doors and on Sunday, September 10th I was lucky enough to have the chance to take in the newly built facility for the first time.

Modest Mouse made their way to ATL this past week after having to cancel two of their three shows in Florida because of Hurricane Irma. It was not an ideal way to start off the bands fall tour, but they were raring to go on Sunday night. As patrons from all over the country settled into the nearly 4,000 capacity venue to watch the band that formed in Issaquah, Washington (a suburb of Seattle) I couldn’t help but take in the incredibly impressive new venue.

One thing I noticed right away is that the venue floor is flat in front of the stage which is a noticeable difference from the somewhat similar Tabernacle which sits in the heart of downtown Atlanta. This allows for many fans to congregate for general admission events. The balcony seats close to 1,000 and has rows of gray chairs made of hard plastic with the front rows comprised of lush red and black seating. 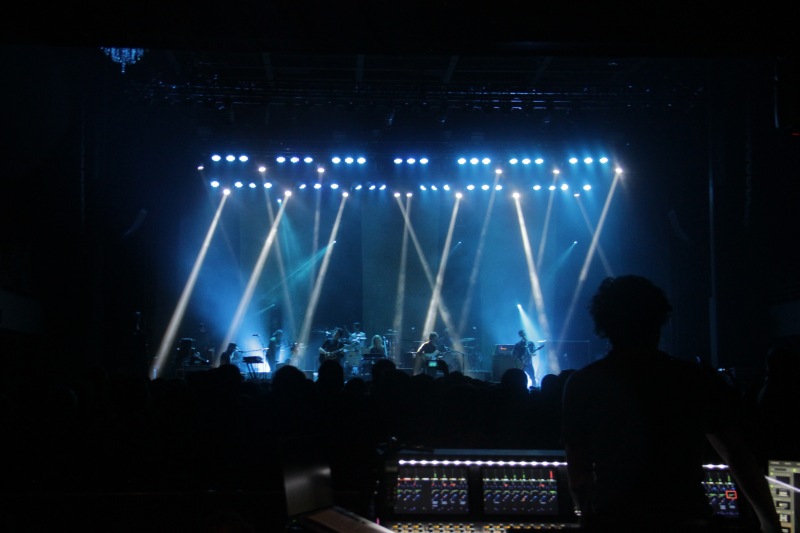 The aesthetics in the venue are quite pleasing to the eye. The lobby is very nicely decorated and offers couches for people to rest on before entering the facility. I counted four bars throughout the venue which were all well equipped with bartenders serving drinks in a timely fashion. There are huge bathrooms on each floor and there’s an easy access, expansive, smoking porch that allows those who enjoy the occasional cigarette to get in and out without having to miss much of the show. I was not expecting there to be any kind of smoking section connected to this venue so this was a pleasant surprise. There is plenty of parking around the venue and there is also free Wi-Fi available throughout the facility.

I could go on and on about how much I enjoyed Atlanta’s latest music gem which only adds to the cities already massive lineup of great venues, but let’s get to the music. Modest Mouse released its latest album, Strangers To Ourselves, in 2015 nearly eight years after the release of We Were Dead Before The Ship Even Sank so the band has been gaining back some of the momentum that it lost during the eight years in between releasing albums.

On Sunday night at Coca-Cola Roxy Theatre in The Battery of Atlanta, the group showed why they’re still one of the best acts around. Opening with “The World At Large,” Modest Mouse captivated the Atlanta audience by then belting out “Missed The Boat” which is a song that has gained a ton of notoriety.

While listening to the band perform I thought back to when I was just 13-years-old watching the “Float On” music video which was played over and over again on MTV. My goodness these guys have come a long way. The rest of the incredible set included hit songs like “Dashboard,” “Bukowski” and “Sugar Boats.”

It was an incredible set and it was capped off by an even better encore which included “Third Planet,” “Shit In Your Cut,” “The Good Times Are Killing Me” and “A Different City.” “Third Planet” is an incredible song and one my roommate thoroughly enjoys. He seemed quite jealous that he didn’t make it out to the Roxy on Sunday. Maybe next time Bill. 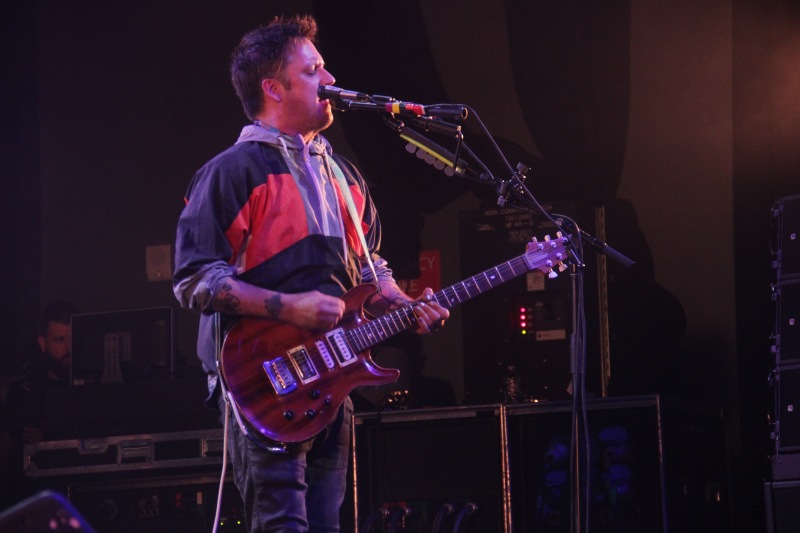 I was extremely impressed with the bands fluidity throughout the show. They worked as one cohesive unit and everybody I talked to during and after the performance seemed to agree. Modest Mouse continues their tour tomorrow night in Dallas, Texas and the tour concludes in Los Angeles on October 28. Although the group had to deal with some adversity in Florida last week they all seemed extremely positive and upbeat to be playing in such a wonderful new venue and the crowd definitely appreciated their energy.

I suspect there will be many more great acts spilling into the Coca-Cola Roxy as the cities newest music hall continues to establish its foothold in Atlanta. With that kind of name and that kind of location, is there any doubt that this will become one of Atlanta’s premiere music venues?