If you asked any career musician what band exemplifies sustainable success without having to compromise integrity, I’d bet most would point to Wilco.

Wilco don’t have to deal with the paparazzi, yet they perform packed theatres and sheds across the country, have the respect of the music community, and continually release the music that they want on their own terms. The band began after Singer / Guitarist Jeff Tweedy ended his time with Uncle Tupelo (along with Son Volt’s Jay Farrar) in 1994. Since then, the band’s sound has evolved from Alt-Country to Experimental Rock to Indie Americana. But all of their music holds up and their journey into the unknown has ultimately allowed Wilco to endure for so long (a la Radiohead’s wide-ranging genre progression). Wilco shot into the limelight after putting out 2002’s Yankee Hotel Foxtrot, a timeless record that set a standard for Indie album production in the 2000s. In their 23 year tenure, Wilco has been consistently bringing their accessibly eccentric live show to the world.

The band took the stage at Wolf Trap National Park’s Filene Center on a June Friday evening just outside Washington, D.C., after supporting act Kacy & Clayton provided a reserved, folky start to the night. Wilco’s opener “On and On and On” was a powerfully dissonant way to get things going before Tweedy’s pessimistic lyrics on “Normal American Kids” felt like the antithesis to the pristine outdoor setting: “Always hated normal American empty Summer days.” The brooding pace led by Tweedy and his exotically-painted acoustic guitar continued during the performances of “If I Ever Was a Child” and “Cry All Day” from 2016’s Schmilco.

Once Glenn Kotche’s drum fills on “I Am Trying to Break Your Heart” echoed over the lawn, folks put down their Pinot Grigios and hopped to their feet: “I am an American aquarium drinker, I assassin down the avenue.” The cathartic guitar arrangements from mastermind Nels Cline layered perfectly over Tweedy’s lyrics during the apex of the song, which segued into the spacey “Art of Almost” thanks to Cline’s aggressively-precise technique.

“We’ve been lucky it has been so nice where we’ve played. I feel bad about playing depressing songs to ruin your night. Hopefully you find some comfort in being depressed,” Tweedy recognized the dichotomy between the introspective, darker tunes and the picturesque setting sun over the Virginia sky.

“Pickled Ginger” from Star Wars had a slightly-frantic downtempo vibe, with a hair of Punk Rock. During the ballad “Misunderstood,” Mikael Jorgensen played keys, Pat Sansone picked the banjo, and Cline took a seat for some lap steel. “When you’re back in your old neighborhood, the cigarettes taste so good, but you’re so misunderstood”: Tweedy’s songwriting is a staple in the Modern Rock history books, proving that it is possible to fuse worlds of Experimental, Country, Rock, Folk and Noise with the power of earnest lyricism.

“Someone to Lose” felt like an early 2000s gem, which transitioned into a proper 2002 classic “Pot Kettle Black” from Foxtrot.  The chaotic interlude on “Via Chicago” is so uniquely Wilco and always a live highlight that prompts cheers and ovations. Just to methodically layer such rambunctious instrumentation over a beautiful melody has the ability to turn the heads of even casual fans.

“Impossible Germany, unlikely Japan,” Tweedy sang as Cline once again assaulted his guitar in a manner that somehow always evokes melodic satisfaction. Wilco’s loud-quiet dynamic keeps fans on the edge of their seat, unsure of what lies ahead. Cline took on Pedal Steel duties for “Jesus, Etc.”, another fan-favorite that elicited a lot of Gen X smiles.

“That was all the ‘find your seats’ music,” Tweedy quipped, “Thank you, glad you could make it!”

The gritty “Box Full of Letters” from their debut album was an opportunity for original member John Stirratt to provide a solid backbone for the song via his bass line and tried-and-true background vocals. Multi-instrumentalist Sansone also impressed with some twangy Telecaster licks, proving this band has no shortage of guitar talent. “Theologians” and “I’m Always in Love” both had Exile-era Stones swagger with a touch of Power Pop. 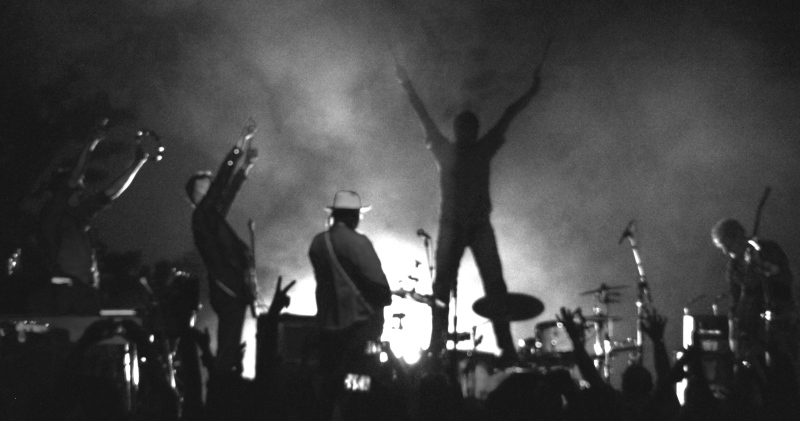 After the upbeat nod to the high-production hair metal days, “Heavy Metal Drummer”, the band all hailed Drummer Kotche in a very fun-loving, Spinal Tap-y moment. “Floating fast like a hummingbiiird,” the audience sang in unison as Tweedy held the mic towards the audience and conducted the thousands of DC-area fans. Set closer “The Late Greats” had a fluctuating groove that was never on auto-pilot, defining Wilco’s style in many ways.

The band eased their way back onstage with the solemn “Ashes of American Flags”, which eventually soared on the wings of Cline’s lead guitar: “I would like to salute, the ashes of American flags, and all the fallen leaves, filling up shopping bags”. Foxtrot, recorded just before the September 11th attacks, has many subtle yet eerily poignant moments like this tune which made it a defining release for a grieving nation.

For the band’s second encore, Wilco brought out Kacy & Clayton for “California Stars”, where Kacy Anderson’s Joni Mitchell-esque voice tastefully harmonized alongside Tweedy’s. A couple of straightforward rockers from 1996’s Being There ended the night with a rockabilly snarl, “Monday” and “Outtasite (Outta Mind)”. Wilco consistently perfect the transition between a heartfelt slow pace to a honky-tonk swing, without any heir of insincerity.

Having seen Wilco multiple times, it is impressive how each show has a unique flavor that leaves fans anticipating the next time they’ll roll into town.  This band has commercial appeal while remaining cool in the eyes of music snobs, which is a very rare balance to maintain in the the hyper-judgmental, ‘what have you done for me lately?’ social media era. Wilco’s longevity is a product of their willingness to not settle for what is easy. If they had continued to release carbon copy, Alt-Country records year after year, I think the band would have gotten bored and fans would have fizzled out. Instead, Wilco has embraced the idea that ‘change is the only constant’ and remain the defining musical success story of the 21st Century.

On and On and On, Normal American Kids, If I Ever Was a Child, Cry All Day, I Am Trying to Break Your Heart, Art of Almost, Pickled Ginger, Misunderstood, Someone to Lose, Pot Kettle Black, Via Chicago, Impossible Germany, Jesus, Etc., Box Full of Letters, Theologians, I’m Always in Love, Heavy Metal Drummer, I’m the Man Who Loves You, Hummingbird, The Late Greats 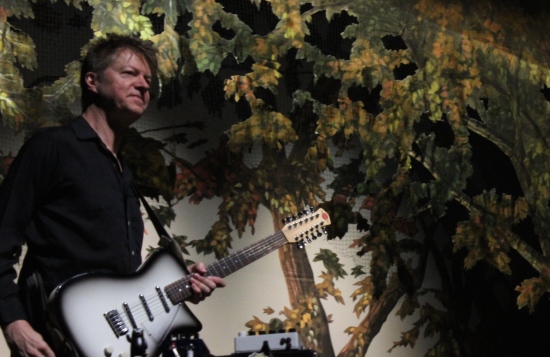 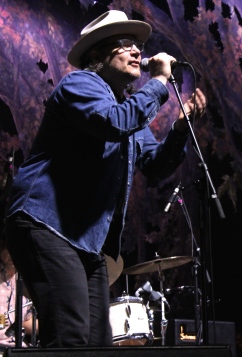 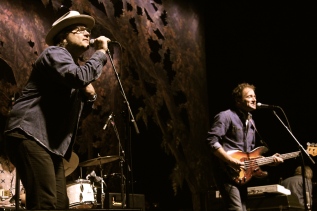 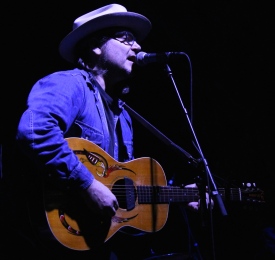 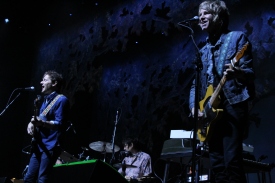 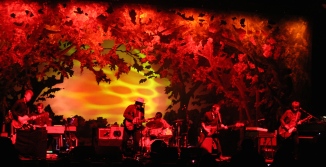 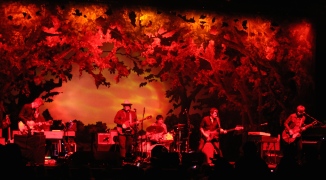 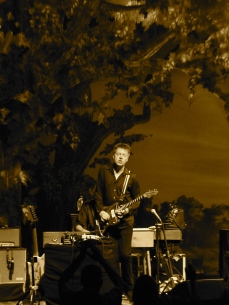 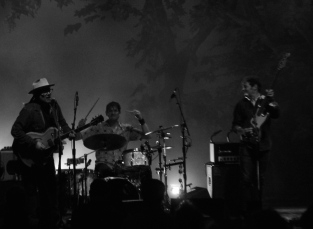 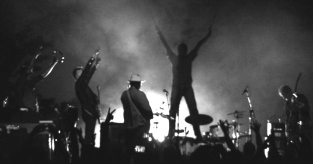 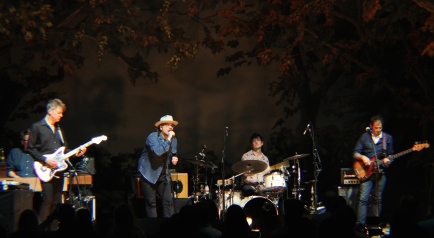 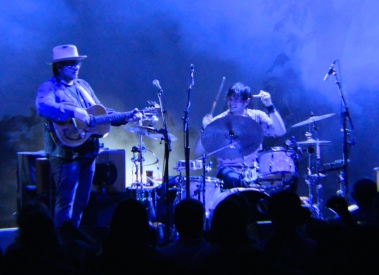 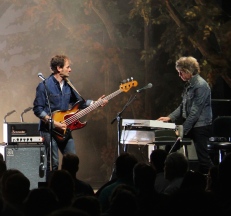