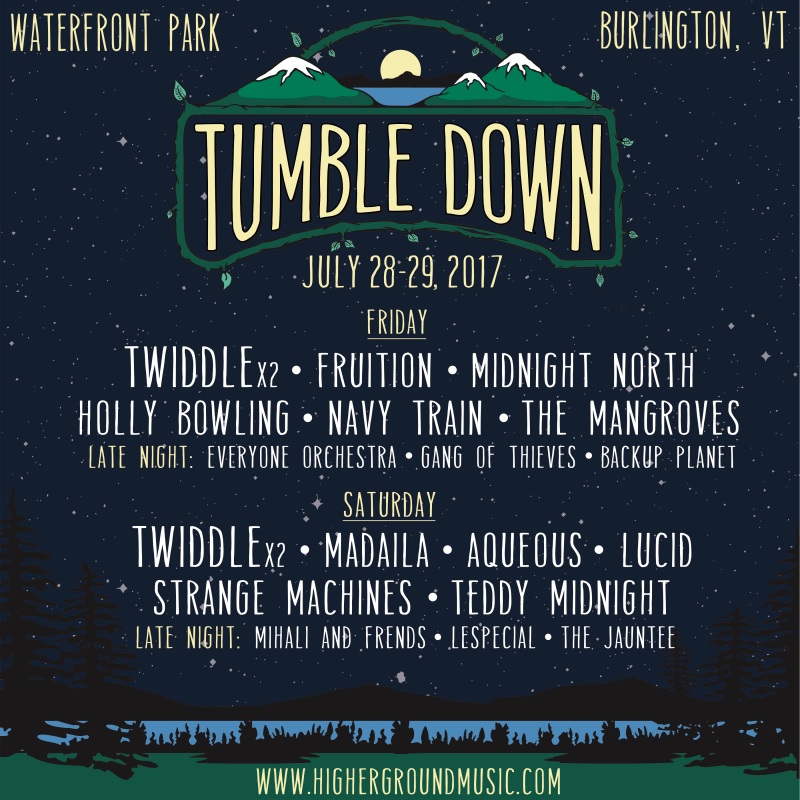 Vermont jammers Twiddle have announced the daily lineups for their 2nd Tumble Down Festival on Burlington’s beautiful Waterfront Park. Both days are chock full of great bands. We are particularly excited about Frution & Midnight North on Friday and Madaila & Aqueous on Saturday.

Single Day tickets go on sale tomorrow at 11am.

And to add a little excitement to the weekend, the are some pretty wild rumors floating around in the Twiddle-verse. As many of you know, Page McConnell of Phish made an appearance at last year’s Tumble Down, sitting in for the band’s staple “When It Rains It Pours” (check that HERE). This year, there’s chatter of Mr. Phil Lesh coming into town… If anyone asks, you didn’t hear it from us. BUT, considering that Lesh’s son Grahame is a member of Midnight North & that Phil was supposed to perform with the band in the spring but his flight got canceled, it’s not totally ridiculous. Anyways, a kid can dream.