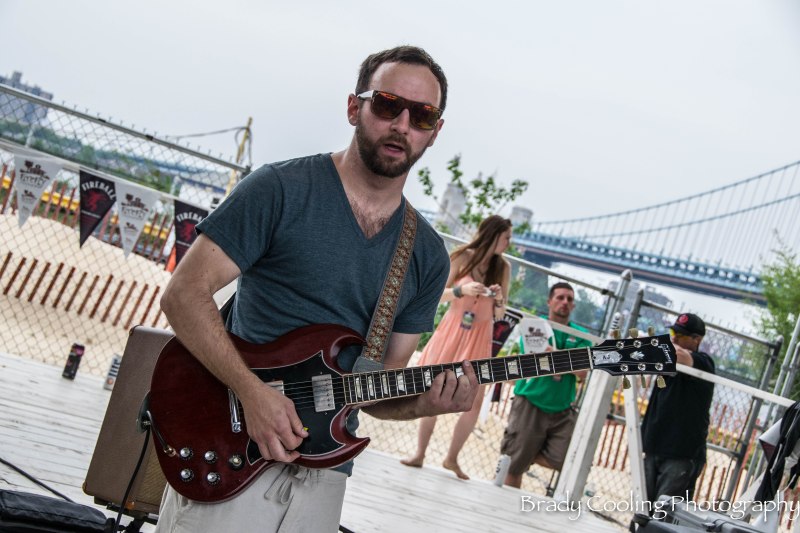 Tweed was first founded among the campus at the University of Delaware and have been bringing their fun-loving psychedelic-electronic, dance, funk, and rock energy to fans all across the Mid-Atlantic and east coast ever since. Now the band is based in Philadelphia, PA which has been a powerhouse of jambands and all sorts of musical genres allowing them to further grow and build their connected network; including playing some of the top festivals with some of the top artists in the business.

The Chunky Life is their first full album, and really showcases all of Tweed’s musical influences and styles they have developed over their short but strong history as a group. The first track, “Big Sky” brings out their clear influence of electronic artists like Daft Punk, Disco Biscuits all while bringing out lyrics and music that makes everyone want to get up and dance! Drummer Joe Vela keeps a funky beat while moving the music across the sky with Jon Tomczak on synth and vocals. Lyrical samples and really unique sounds are what I love about this song; it indeed will keep you “Beaming” and “Flying Through the Big Sky” all while seeing smiles across the beautiful faces who listen no matter where or when! This first track really packs an awesome punch, and you will soon know why these guys are the real deal.

A fun track comes next with “Best Thing on the Menu” with immediate synth from Jon once again and lyrics and some powerful guitar from AJ DiBiase which has some very underlying sounds similar to Pink Floyd while successfully weaving through the different layers of music from the band. This song is about someone who didn’t get to try the Braciole or pronounced “Brajole” on the menu and sadly having to settle for meatloaf.. (Maybe this is a nod to the band’s favorite foods, or another to the great Italian food found in Philly.) Either way, a song about food is something I and many fans will always love, and it is nothing short of “meat” in the overall song.. Dan McDonald keeps the funky bass line throughout all of the different “courses” of this tune; another one that is sure to keep people dancing and even hungry throughout a show!

RL WRLD opens with a very electronic groove from Jon and Joe with a very dark tone that at some times sounds very heavy like Tauk or Umphrey’s McGee and has a very strong transition to break the tension into something much more jammy-sounding. The diversity amongst these first three tracks really shows what Tweed is all about! This melodic transformation from sound to sound is further pushed by Jon’s synth bringing it to outer space; “The Real World Now, Everything is Everything Now” is sampled on vocoder and spoke really highlighting the difficulty of bringing a somewhat dark-heavy jam into something super funky and electronic with each band member doing what they do best! Sit back and enjoy the ride. 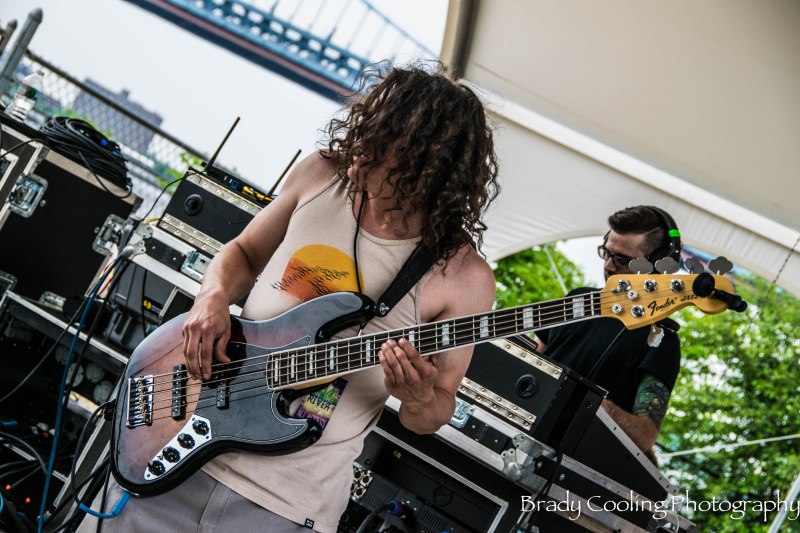 Simply titled “You” opens with really clear and powerful lyrics shared by each band member, then quickly dropping into a faster tempo with some deep spacey grooves. More transitions and genre-breaking changes occur as Tweed pushes this sound to extraterrestrial boundaries with some amazing lyrics; which is not common in many jambands all while telling people to “get down.” The proper message for any track! Just when you think it is about to slow down and continue the chill melody; AJ brings it all back to earth and digs deep into a rocking solo to finalize this great song back to the chorus; clearly showing how every member continuously can build a song together and do what they do best!

“Loup-Garou” opens with some howling at the moon; which is what I intend to do while listening to this song; hopefully in the early morning hours.. A quick lyrical break builds right into AJ bringing out another mesmerizing solo with Joe, Dan and Jon building tension and the music behind him. The upbeat tempo quickly slows down into a very trance-like sound with the bass popping extra hard behind the synth and drumbeat with lots of starting and stopping to progress the song even deeper. A heavier sound comes to fruition as AJ busts out another shredding solo out of the slower groove of before; all guaranteed to keep you howling at the moon no matter what! 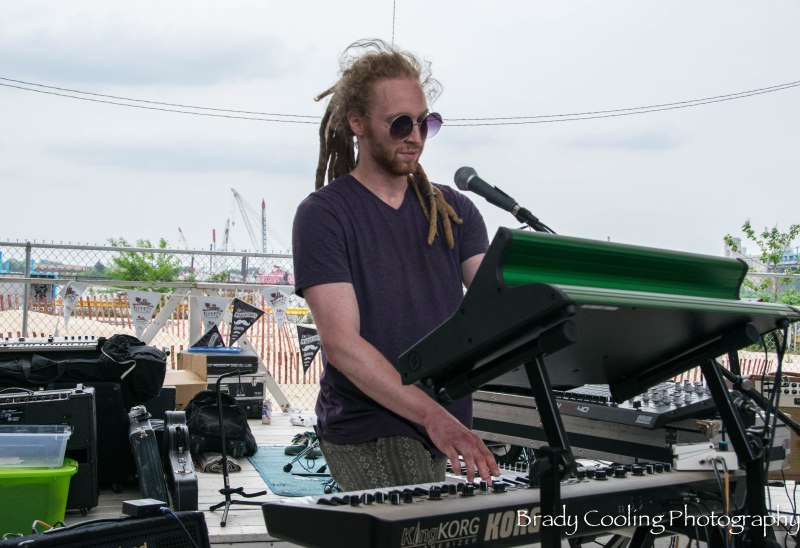 Tweed’s name implies textured fabric; which relates so well metaphorically: they have lots of colors, sounds, influences and textures to weave in and out through each track and performance to create their own “clothing.” I think the best part about Tweed’s newest release, The Chunky Life, is that it builds off of each individual members influences to create a uniquely “live” album quality to it, which is exactly what the band had intended to do. Lots of energy is hard to do with a studio recording, but Tweed successfully nailed this one! Lots of boundaries and sounds crossed-over onto one another made this all possible. Lyrically, musically, and technically Tweed will keep fans dancing all night long, and with already playing over 100+ shows the last few years, and 2016 alone; they are on the rise and not going to slow down anytime soon! Do not miss them the next festival or time they are in your town!