at the Hamilton in DC on April 7th

We are pleased to offer a pair of free tickets to see the legend Mavis Staples and the rising talent The Broadcast on Thursday April 7th at the Hamilton in DC just down the street from the White House. Tickets are available for purchase here.

To enter for a chance a pair of free tickets to the show simply visit our Facebook Page. “Share” this article and “tag” a friend in the comments to enter the contest. Or simply fill out the form below.

Mavis Staples is living, breathing history. She is an alchemist of American music, having continuously crossed genre lines like no musician since Ray Charles. Weaving herself into the very fabric of gospel, soul, folk, pop, R&B, blues, rock, and hip hop over the last 60 years, this iconic singer has seen and sung through so many changes, always rising up to meet every road.

Now in her seventh decade, with the release of her new album Livin’ on a High Note (ANTI-), she is only gaining momentum. Produced by M. Ward with songs by Neko Case, Justin Vernon, Nick Cave, Ben Harper, Tune-Yards, Aloe Blacc and others, the album serves as a summation and furtherance of her illustrious career. Refusing to fade away, she continues to tour incessantly, remaining as vital, engaged, and true as always. There is no persona; she is, simply and untouchably, Mavis—and Livin’ on a High Note is the symphony of her life. 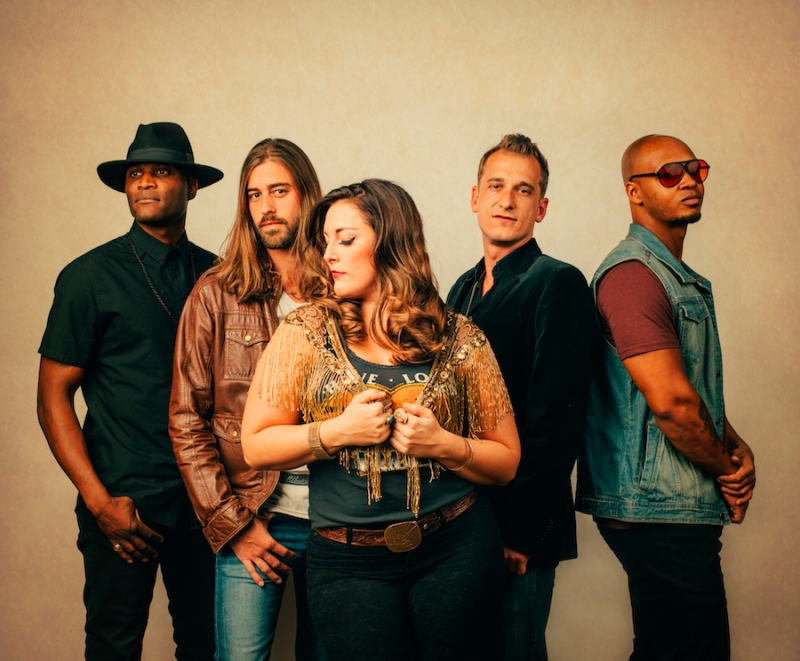 Asheville’s most exciting and dynamic act, The Broadcast will play The Hamilton in DC on Thursday, April 7 as direct support for the legendary Mavis Staples. The band is touring in support of their forthcoming sophmore album, From The Horizon.

Produced and engineered by multi-Grammy award winner Jim Scott (Tom Petty, Johnny Cash, Sting, Red Hot Chili Peppers, Foo Fighters, Tedeschi Trucks Band, Grace Potter, etc) From The Horizon stays true to The Broadcast’s roots, while also showcasing an evolving maturity. “This record is very brave in the fact that it doesn’t follow a pattern or trend. It’s classically good music based on the music that we’ve all listened to since the ‘50s ’til today,” says Scott. “It’s got soul, and vibrancy, and life. [Caitlin] is such a great singer.”

The Broadcast’s reputation for high energy live performances has led them to exciting and diverse opportunities including shared stages with such acts as The Wood Brothers, St Paul and The Broken Bones, George Porter Jr, Keller Williams, Charles Bradley, and Sonny Landreth among others. The band has also received recent nods from both Lucinda Williams and John Popper (Blues Traveler).

“Some of our favorite artists like Tedeschi Trucks Band, Grace Potter, Chris Stapleton, Jason Isbell, Chis Robinson, Sturgill Simpson – they’ve created an authentic music community, one that embraces soul, rock, Americana, country and blues,” says Krisko. “Because of these musicians, bands like The Broadcast can aspire to a scene bigger than ourselves. It feels incredible knowing there’s a renewed desire from people for this style of music. As a front woman I am honored to be a part of the younger generation of bands who are able to thrive within this foundation that’s been laid.”

The Broadcast’s debut album, Dodge The Arrow, ranked No. 4 on the National College Radio charts, while leading the band to be featured on NPR’s “All Things Considered” and Relix Magazine’s “Boiler Room Sessions.” They would also win “Best New Artist” and runner up for “Album of the Year” from Homegrown Music Network in 2014. The independently released collection has gone on to sell over 6,000 copies.

Who:
Mavis Staples & The Broadcast