Album Review – Sprit of the Groove

Hailing from the thriving southern metropolis of Atlanta, Georgia, Voodoo Visionary breathes a breath of fresh air into the world of music. Voodoo Visionary’s current lineup, consisting of Dennis Dowd (keys), Vanessa Graniero (vocals), Jimmy Lynch (bass), Scott MacDonald (vocals), Mac Schmitz (drums) and Mike Wilson (guitar), was not rounded off until March 2014, but the band sounds as tight as any veteran group. Their debut studio effort, Spirit of the Groove, was recorded live in the studio to capture the live improvisation aspect that is so essential to the band’s sound. Spirit of the Groove refuses to confine the band to a single genre and takes listeners on an adventure through sound and time. Citing influences such as Parliament Funkadelic, Phish, Frank Zappa, the Grateful Dead, Talking Heads and Medeski, Martin & Wood, Voodoo Visionary has embraced and harnessed this epic blend, resulting in a truly amazing studio record.

“The Heathen” starts out the album with a bang, jumping into an immediate whirlwind of catchy funk grooves and lyrics that remind us of “the heathen” inside all of us. A progressive bridge/solo section stretches the tune out into new dimensions, making for a hypnotic, wild ride of an almost ten minute album opener. Graniero takes a turn on lead vocals, switching back and forth with MacDonald on the deep, psychedelic funk of “Salt.” Building keyboard and guitar solos bring this track to a wailing apex of funk fusion that leaves heads reeling and faces melted. “Kang Gang Anthem” has more of a smooth groove, but the funky bass line keeps the track moving. Deeper vocals and eerie lyrics give off a darker motif than the previous songs. “Dancing Feet” is a true banger. From the very first four-to-the-floor drum kicks, you just know this one is going to take off. The first half of the tune takes on a sort of wave-and-crest structure, teasing the listener with a couple of small swells in anticipation for the tidal wave to come. 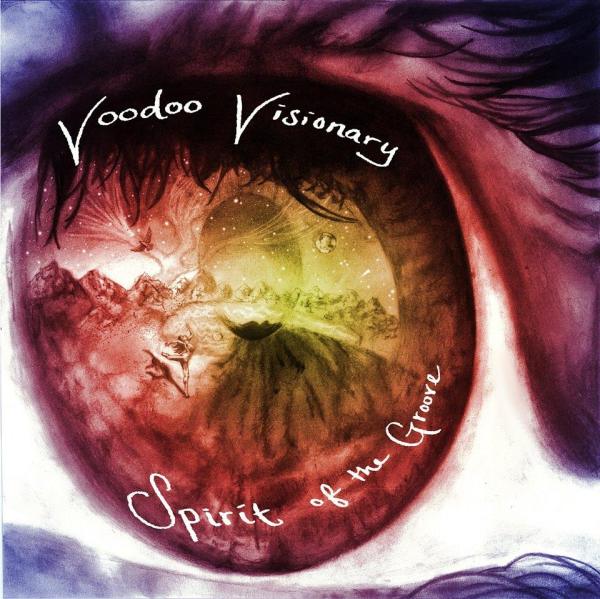 Graniero kicks off the second half of the album, making another vocal appearance on “All Week” and adding a sexy flavor to the verses. The band shows some intricate mastery of musicianship, weaving in and out of time signatures. “Parasite” is a very jazzy tune. The busy lead guitar lines, on top of the already busy vocals, send the brain in two different directions, which really forces listeners to focus on what is happening musically. Graniero lifts the heart and spirit during the chorus, even though the lyrics sound rather down, creating somewhat of a dichotomy. “Take The Wheel” leads into the final quarter of the record with a straight up jammin’ tune that fills my heart with hope for the future of music. Finally, “Testify” ends the album on a high note with a raw dance groove under mesmerizing guitar and screaming keyboards.

Overall, this aptly titled debut album, Spirit of the Groove, shines a ray of hope on the future, blazing new trails anchored by driving, unyielding drums and deep, thumping bass. Schmitz and Lynch seem locked in to each other, keeping the groove tight and allowing Dowd and Wilson to weave in and out of swirling jams. The icing on the cake is the combination of MacDonald and Graniero on vocals, tipping the scales in a direction that many funky/dance groups do not have the ability to lean. In my book, Voodoo Visionary has joined the ranks of up and coming improvisational, funky dance bands that are taking over the live music scene, and I cannot wait to see what they come out with next.