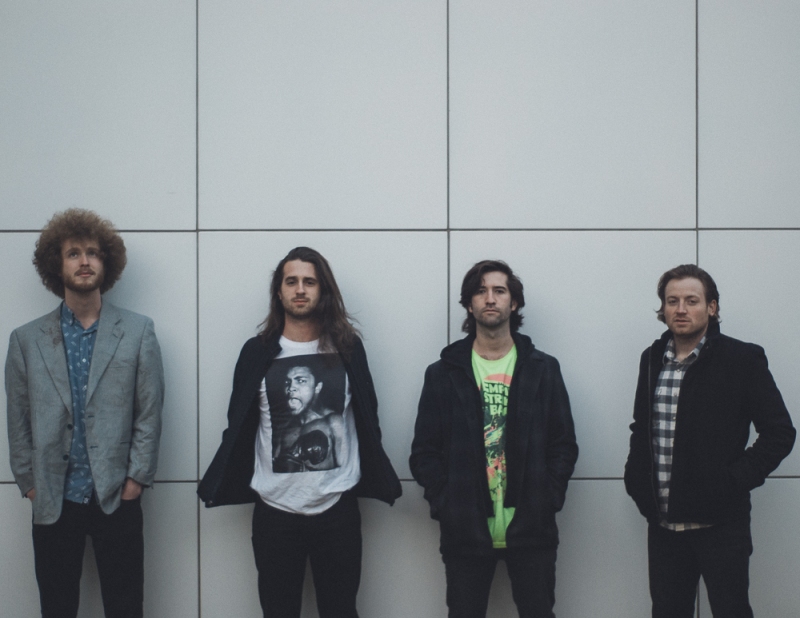 From deep in the heart of the Southeastern region comes a five-piece rock band on a mission to change the world of rock and roll. Reigniting the fires of glam rock, Dank, formerly Dank Sinatra, channels their inner David Bowie and T. Rex, while putting their own unique spin and versatility to each and every song. From jazz to blues and funk to southern rock, and even dance and electronica, Dank’s self-titled album pulls influence from every end of the spectrum. With the help of producer Scott Nicholas, Dank represents the band’s first studio effort.

The band kicks off the album with an energetic opening run from “Crash The Door” to “Nobody Home,” before digging their heels in for a gritty blues-rock kick in “Gold Blues.” Dank began to spread out even further with a lengthy instrumental build toward the end of “Last Night” and a funky dance beat in “80’s Dude,” which also featured ear-raising, spacey synths. “Howl” slowed things down a bit but added a laid back southern drawl, and even saw some gospel influence in the bridge. “Quarter,” a short, instrumental transition, segued beautifully into the warbly vocals and dark theme of “Pieces,” where there are also distinct jazz roots in the chord play. Another segue tune, “Magazine” brought in some acoustic, earthy feel, giving rise to a comfortable, homey aura, before blasting into the psychedelic rock album closer, “Morphine.” The closer features a shrieking guitar solo to finish up an album full of raw emotion.

In an age of rock and roll that relies so heavily on a band’s ability to improvise in a live setting, Dank has proven with their self-titled debut studio effort that the album is not a lost art. With passionate lyrical themes, and the sonic, instrumental mastery to match them, the Atlanta quintet concentrates on piecing together great songs and conveying a sense of true emotion that is rare in modern rock. Keep an eye out for Dank on the road rocking clubs around the Southeast through the end of February, and then it’s onward and upward!